Bethenny Frankel revealed she’s ‘not newly married’ after sending fans into a frenzy following her bombshell tweet on Aug. 23! The former ‘RHONY’ star initially tweeted that she had to exit the show because she’s the only cast member that’s married.

UPDATE (8/23/19, 1 pm ET) — Bethenny Frankel took to Instagram Stories to confirm that she is not newly married. ‘I want to explain to you that this week I made a really big decision and I had been thinking about it and going back and forth and I just decided … ‘when you jump you fly,'” she told her Instagram followers in a series of videos. “… And, ironically I’m the only legally married housewife on New York, like I said at the reunion. I am not newly married. I was just the only legally married housewife on the real Housewives of New York,” she clarified. “I am so appreciative. And, believe me, when there is something to tell you, I will tell you.” A source had previously told HollywoodLife that Bethenny is not married to boyfriend, Paul Bernon.

ORIGINAL: Bethenny Frankel is leaving The Real Housewives of New York City because she’s the only cast member who’s married. — If you’d told us that a few days earlier, we would’ve called you crazy! But, those were her words in a new tweet on Friday morning, where she wished her co-stars the best of luck in the forthcoming season (12) of the hit Bravo franchise.

“To my NY hwives: GO GET EM! I had to go since I’m the only one that is actually married…that’s how crazy this ride is. You are all amazing, beautiful and strong. Spread your wings and fly! Xoxo,” Bethenny, 48, wrote on Twitter, August 23, tagging costars Ramona Singer, Luann de Lesseps, Tinsley Mortimer, Sonja Morgan and Dorinda Medley. — However, a source tells HollywoodLife she is NOT married to Paul, and is not yet divorced from ex Jason Hoppy.

While she did not name who her apparent husband is, Bethenny has been dating movie producer Paul Bernon since October 2018. In a recent interview on Live With Kelly and Ryan in July, Bethenny called their relationship “normal, beautiful [and] loving,” and gushed over how happy she was at the time. “I’m happy in a way that’s different. Not a high or a low, just a balance — which, if you know my personality at all, it’s not often that balanced,” she told hosts Kelly Ripa and Ryan Seacrest, adding, “But I feel just balanced and healthy.” Paul has two children with his ex-wife Ashley Bernon.

To my NY hwives: GO GET EM! I had to go since I’m the only one that is actually married…that’s how crazy this ride is. You are all amazing, beautiful and strong. Spread your wings and fly! Xoxo @ramonasinger @CountessLuann @TinsleyMortimer @SonjatMorgan @dorindamedley 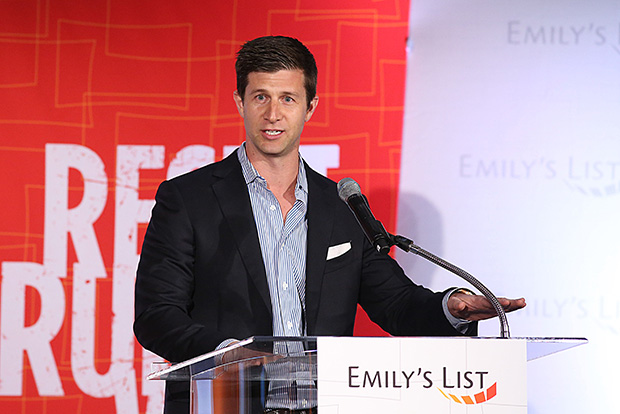 If the news is true, this would mark Bethenny’s third marriage. She was previously married to producer Peter Sussman from 1996 to 1997. She went on to marry pharmaceutical sales executive Jason Hoppy in 2010, and filed for divorce three years later. Bethenny and Jason share daughter Bryn, now 9, who they’ve been fighting for custody since she filed for divorce in 2013. After divorcing Jason, Bethenny began dating banker Dennis Shields in 2016. The two dated on and off until his shocking death from a suspected prescription drug overdose in August 2018.

News of Bethenny’s departure from The Real Housewives of New York City broke on August 21 when she told HollywoodLife’s sister site, Variety, “I have decided to leave the ‘Housewives’ franchise to explore my next chapter.” The businesswoman explained that she will now focus on her daughter, her philanthropy work and her production partnership with Mark Burnett.

In March, it was announced that Bethenny had struck a deal with Mark Burnett productions, where she will work as a producer for several non-scripted shows. Bethenny later confirmed in April that the shows will be “female centric” and that she will be a part of some of them.