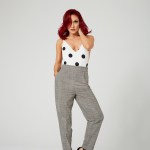 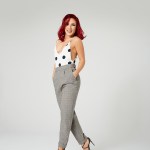 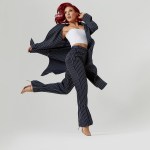 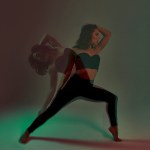 ‘Dancing with the Stars’ pro veterans Sharna Burgess and Artem Chigvinstev are absolutely shocked that they haven’t been asked back for season 28 of ‘DWTS.’

While Dancing with the Stars has been known to rotate their pro partners, it was a stunning omission that fan favorites Sharna Burgess, 34, and Artem Chigvinstev, 37, were not announced among the dancers for season 28 by ABC. “Both Artem and Sharna are upset to not be on this season of the show. Sharna worked really hard and was kind of known for coming so close and then not winning. So the fact that she actually won and was not asked to come back is hard for her,” a source close to Sharna tells HollywoodLife.com EXCLUSIVELY. She won season 27 alongside popular radio personality Bobby Bones, 39.

“She was blindsided when she first found out. She loves the show and put her heart and soul into it and was extremely loyal. She was sad to not be asked back and is upset to not be able to do the show with her best friend Peta (Murgatroyd) who is returning. She would love to do the show again in the future and so would Artem,” the insider continues.

“Since the show can tend to be a revolving door with the dancers, of course it is possible, but the network wanted to switch things up. It happens every season and the dancers, as bummed as they get, understand. It’s business and they get that, but that doesn’t make it easier. They will both do what the other pros do when not dancing and that is teach classes around the country and cheer on their fellow dancers and friends from backstage,” our source adds.

While Peta is returning to the show, so are two newcomers, the husband and wife ballroom champion team of Pasha Pashkov and Daniella Karagach. The pair competed in season two of Jennifer Lopez‘s NBC show World of Dance and Daniella impressed judge — and DWTS alum — Derek Hough so much he asked her to join him on his Live! tour. It’s unclear who the pros with be partnered with, as the cast of stars includes former NBA star Lamar Odom, supermodel Christie Brinkley, actor James Van Der Beek and recent Bachelorette Hannah Brown. You can see the full list of  DWTS celebs and pro’s here.