Katy Perry and Orlando Bloom have never looked more in love! The couple, who got engaged in February, stepped out for a date night at the LA premiere of the actor’s new Amazon series, Carnival Row on Wednesday night. Katy, 34, and Orlando, 42, were attached at the hip while on the red carpet and even shared a few kisses, as seen in photos from the event.

The American Idol judge and the Lord of the Rings alum were all smiles while they glared at one another in one snap. Katy puckered up her lips with her hand on her hip as she went in for a kiss in another shot. Orlando, who stars opposite Cara Delevingne in Carnival Row, was seen with his arm wrapped around his fiancee throughout the night.

Katy, who donned a blonde bob haircut, stunned in a plunging pink dress with three chunky gold chains across her right shoulder. Meanwhile, Orlando looked dapper in a navy blue suit with a white undershirt and dark tie. He kept his scruffy beard for the event, which looked quite sexy on the actor. And, Katy’s glam — pink eye shadow and a matching lip — coordinated well with her complete ensemble. 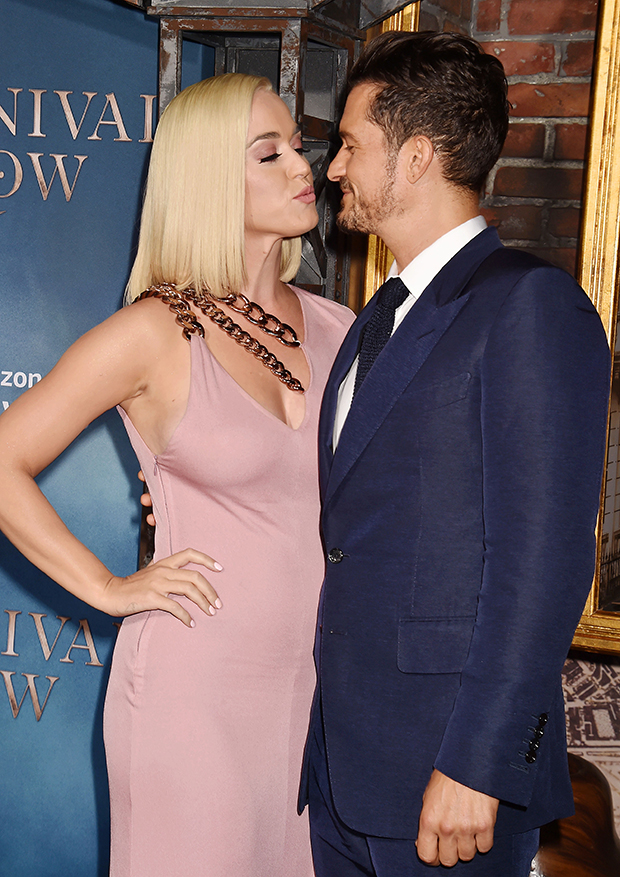 Katy Perry and Orlando Bloom pucker up for a kiss on the red carpet at the LA premiere of his new Amazon series, ‘Carnival Row’ on Wednesday, August 21, 2019. (Photo credit: SplashNews) 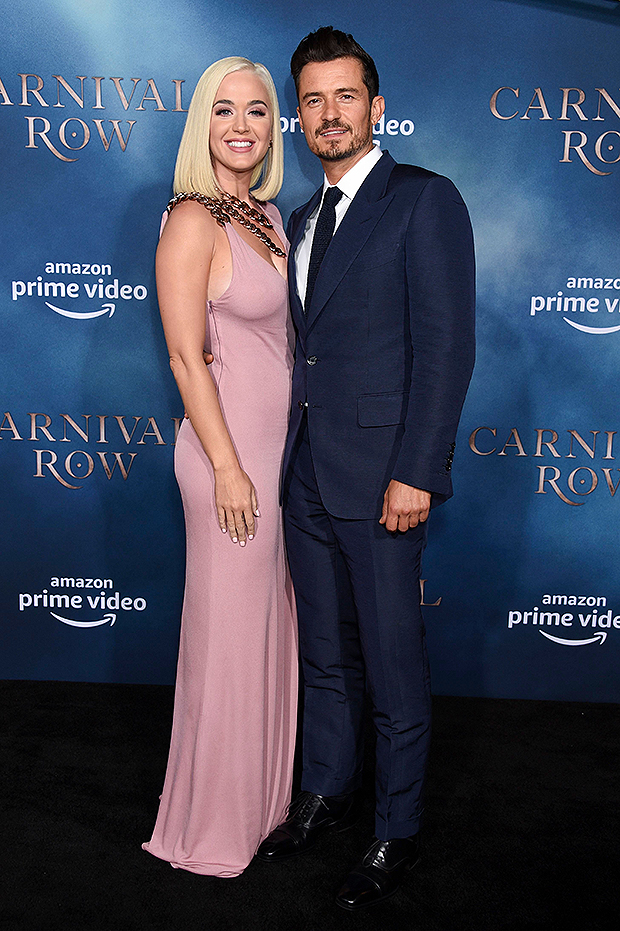 Orlando proposed to the singer on Valentine’s Day this year after dating on-and-off for two years since 2016. Katy announced the exciting news on Instagram with a close-up photo of the two surrounded by heart-shaped balloons. “Full bloom,” she captioned the announcement, while she showed off her colorful, flower-shaped diamond ring. Orlando shared the same photo with the caption, “Lifetimes.”

Carnival Row is a new fantasy series, which stars Orlando as a detective investigating a string of murders in a world where humans co-exist with mythical creatures escaping war. The new series is set to premiere on Amazon Prime, August 30.