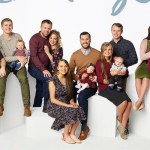 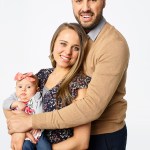 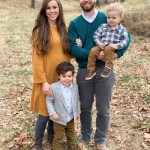 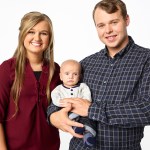 Jana Duggar’s fans think they spotted something suspicious in the background of one of her Instagram pics. Did she photoshop long skirts onto the women standing behind her?

Jana Duggar‘s latest Instagram pic is meant to highlight her fun night out (and cute outfit) at the Tontitown Grape Festival in Arkansas, but the photo is getting attention for another reason. Fans are accusing 29-year-old Counting On star of photoshopping knee-length skirts onto two women in the background of the photo, likely to make their outfits more conservative. Commenters have called her “hypocritical” for the alleged edit, and criticized her for manipulating the outfits without the women’s consent.

It’s unclear if Jana actually photoshopped her pic, but the women’s outfits do look a little odd. Looking at the woman in the striped tee, her skirt doesn’t match, and the proportions appear to be off. The woman in black’s skirt is awkwardly wavy on the side closest to her friend, a hallmark of poor photoshopping. It just looks like they were hastily painted on. The Duggar family are devout Christians, and Jana’s parents, Jim Bob and Michelle Duggar, have a strict “no shorts or pants for girls” rule; commenters believe that the women were likely wearing shorts or mini skirts in the pic, and that Jana didn’t want it on her page. And some of the commenters aren’t happy about this. “what were they really wearing behind you?” one fan commented, using the laughing emoji.

“If Jana doesn’t want to share a photo that shows people whom she considers to be dressed immodestly then that’s absolutely fine, it is her page and she is allowed to share what she sees fit, but what is not acceptable is imposing her own personal standards on other people without their consent by editing their appearance in such a way,” another wrote. “The Duggars expect to have their beliefs and standards respected, to not extend the same basic courtesy to other people is hypocritical to say the least.”

Stopped by the Tontitown Grape Festival! 🍇 Spent $5 on a game I never had a chance of winning, but memories are priceless! 🤗🎡 #smalltowngirl

Some fans also pointed out that if Jana was trying to make her pic more wholesome, she missed something major. There’s a kid in the background lifting up his shirt and flipping the bird! For every negative comment, there was a Counting On fan defending Jana, though. “They were obviously scouring the photo, searching to find something to be upset about. I can’t imagine being that negative, to go looking for things to be offended by. That kind of misery must be awful,” one wrote.