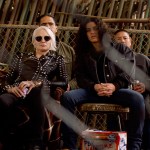 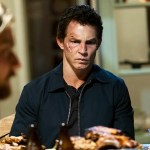 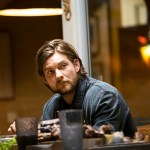 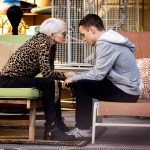 Angela gets some unexpected news in this EXCLUSIVE preview of the ‘Animal Kingdom’ season 4 finale. She gets a blast from the past and learns that someone is out of prison.

Angela (Emily Deschanel) is caught off guard in the Aug. 20 episode of Animal Kingdom. A woman (Verity Branco) who Angela knows walks up to her and tells her that Mike is out. “He’s looking for you,” the woman says. A clearly stressed Angela starts to explain, saying she was dopesick. “I think you’re a piece of sh*t who’s earned what’s coming to you,” the woman tells Angela.”But I don’t want my baby’s father back in prison so you stay the hell away from him.”

As the woman walks away, Angela makes sure to note, “I’m with Andrew Cody now, so tell him that.” The woman quips, “Smurf’s dead. Cody don’t mean sh*t anymore.” Mike’s release from prison has Angela very worried.

The season 4 finale is sure to be an epic episode. The penultimate episode of season 4 featured the shocking demise of Smurf (Ellen Barkin), the fierce Cody matriarch. Smurf was on a mission to die because she did not want to waste away from cancer. She demanded that Pope (Shawn Hatosy) kill her and even grazed the side of his head with a bullet to try and get him to kill her. In the end, it was J (Finn Cole) who shot and killed Smurf.

The synopsis of the season 4 finale reads: “In the aftermath of Smurf’s heist, the Codys have to protect their reputation, while friends and enemies from the past close in. Deran (Jake Weary) realizes there is only one way to keep Adrian (Spencer Treat Clark) safe. Craig (Ben Robson) struggles to adapt to a new pace of life as Pope and J’s growing tension reaches a boiling point.” The season 4 finale will air Aug. 20 at 9 p.m. on TNT.