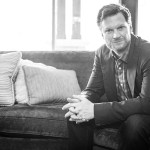 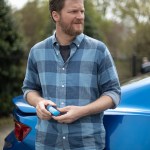 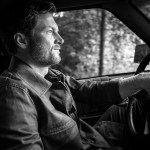 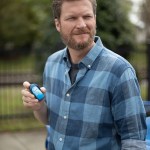 This is a true miracle. Retired NASCAR legend Dale Earnhardt Jr. along with his wife and young daughter managed to escape a fiery plane crash in Tennessee, surviving with just a few cuts.

Retired NASCAR legend and team owner Dale Earnhardt Jr., 44, is lucky to be alive after the small plane he was aboard ran off the runway upon landing and burst into flames in Elizabethton, Tennessee on Aug. 15. Also aboard the Cessna Citation model 680 was his wife Amy, their one-year-old daughter Isla and two pilots when the accident occurred. Everyone managed to safely escape the plane before it caught fire, as video showed the jet engulfed in plumes of black smoke and flames following the incident.

Dale told ESPN’s Marty Smith in a text message that he and his family are OK. Carter County Sheriff Dexter Lunceford told local media that everyone survived the crash without serious injuries beyond cuts and abrasions. Dale was conscious and talking to paramedics as he was transported to Johnson City Medical Center as a precaution. We’ve reached out to  Carter County Sheriff’s office and Dale’s rep for more details about the terrifying crash.

Dale’s sister Kelley tweeted out “I can confirm Dale, Amy & Isla along with his two pilots were involved in a crash in Bristol TN this afternoon. Everyone is safe and has been taken to the hospital for further evaluation. We have no further information at this time. Thank you for your understanding.”

NEW: Video shows thick, black smoke rising from the site of a small plane crash that was carrying Dale Earnhardt, Jr. and his family. Everyone on board, including Earnhardt, escaped the wreck, said the local sheriff. https://t.co/2nqljR6C5C pic.twitter.com/noizctpZVk

Local TV news station WCYB obtained video of Dale being treated by paramedics near the scene of the crash. He’s seen laying on the ground as a neck brace is being put on him as a precaution while the plane is in flames behind him.

The FAA said in a statement to HollywoodLife.com that: “A Cessna Citation rolled off the end of Runway 24 and caught fire after landing at Elizabethton Municipal Airport in Tennessee at 3:40 p.m. today. Preliminary indication is that two pilots and three passengers were aboard. The FAA will investigate and the National Transportation Safety Board will determine probable cause of the accident.”

Dale officially retired from the NASCAR following the 2017 season after 22 seasons as a driver. His best finishes were in 1998 and 1999 when he won the NASCAR XFinity series. He also won the prestigious Daytona 500 in 2004 and 2014. He is the current owner of NASCAR team JR Motorsports, and became a color commentator for NASCAR on NBC following his retirement. Dale is the son of racing legend Dale Earnhardt Sr., who tragically died following a crash during the final lap of the Daytona 500 in 2001.