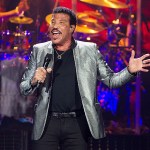 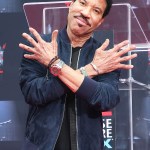 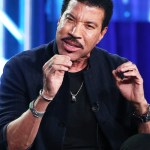 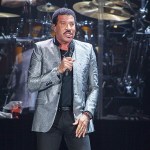 Lionel Richie spent the summer taking his ‘Hello’ tour across the country and while doing so, he proved he’s still the king of love songs.

Long before Lionel Richie, 70, became a beloved American Idol judge he was topping the charts with one love song after another. And, 45 years after his first hit, he’s still selling out shows. He brought his “Hello” tour to the Hollywood Bowl on Aug. 5 and we were lucky enough to be front and center for the incredible concert. The crowd was filled with couples — some were even slow dancing in the aisles — and with one love song after another it was impossible not to get in the mood. But it wasn’t all romance — Lionel kept the audience laughing in between love songs. He even found time to play a quick practical joke.

“For 35 years, I’ve asked Miss Diana Ross to come on stage with me,” Lionel said to the packed crowd. “For 35 years, she has said no.” Of course, the audience assumed he was bringing out the legendary diva to do a duet of their hit “Endless Love”. But it turned out to be nothing but a tease with Lionel telling the excited audience, “Y’all can sit down. She ain’t comin.” Instead, he asked the women in the audience to sing Diana’s part in the hit song. Needless to say the audience didn’t exactly do Diana justice and by the end of the song Lionel declared the gag a “disaster”.

Lionel’s jokes didn’t end there. He even made fun of himself and the many millions he’s made since joining American Idol in 2017. After commenting on how nice the night was he said, “I hung a moon—compliments of American Idol. If you look closely you can see Katy (Perry) hanging off of it.” Lionel also gave a mention to his “dear friend” Michael Jackson in his intro to “We Are the World,” which they wrote together. The performance turned into a singalong with the entire crowd joining in. His classic “Dancing On The Ceiling” turned the party way up. And he saved the best for last, finishing out the show with his timeless hit  “All Night Long (All Night)”.

At the end of the show, Richie thanked the crowd and said, “I’m actually quite amazed that after 200 years in the business, the enthusiasm is still there like when the songs were new. On behalf of the Commodores and myself, it’s been an amazing ride.”