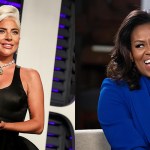 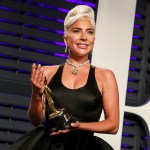 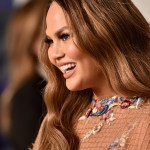 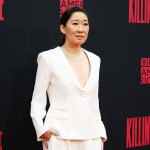 Katie Sowers isn’t only showing that inclusion should be embraced in sports, but in all walks of life. The NFL coach tells us that the 49ers team and staff embraced her from day 1 because they value that everyone is different.

Katie Sowers is breaking down gender norms every single day that she steps onto the football field as an offensive assistant for the San Francisco 49ers. She became the second woman, after Kathryn Smith of the Buffalo Bills, to be hired to a full-time coaching position with an NFL team when coach Kyle Shanahan welcomed her onto his staff in 2017. The 49ers promoted Sowers an offensive assistant for the 2019 season. As part of her history-making reputation, Sowers is also the NFL’s first openly gay coach.

The former pro football player spoke exclusively to HollywoodLife about what her specific role is in the movement toward eliminating gender bias. “The way I view my life is that I follow what I’m passionate about day by day… I think by doing that, I hopefully open doors for others to do the same,” Sowers said. “My role is to try and just get people to stop and think about what their bias is and these gender norms society has taught them.”

Sowers went on to give examples of what she believes she can help shift to create change. “Whether you like football or not, I hope to get you to start questioning what your reality of things is in life,” she said. For example: “When I say that I’m a coach, people will ask or think, ‘Oh, the coach of a cheerleading team?’ They just don’t quite understand,” she explained, before giving a second instance. “If you go to McDonald’s and you’re asked about if you have a boy or a girl for a Happy Meal toy. — I hope to get you to start to question, ‘What toy is it that will better my kid or what do they want?’ Then, I think I will have done my job.” Ultimately, Sowers’ goal is to make sure others are “at least cognizant of those bias.”

Katie Sowers will sit down with FS1’s Kristine Leahy on Fair Game today, August 13 at 5:30 pm ET. Catch a sneak peak, as seen below, before the show airs!

San Francisco 49ers offensive assistant Katie Sowers reveals that she was once told by a team during an interview that their organization was not ready to have a woman on staff.

Read more of HollywoodLife’s interview with Katie Sowers below.

On why she never saw coaching football as a possibility:

I never saw myself coaching football specifically. But, I always knew I wanted to be a coach. My dad, following in his footsteps and my mom was a former director of nursing. My dad was also a special education teacher, so coaching — it’s always been in my blood. I always knew that was the path for me. Football was always a first love, but it never crossed my mind. Even as openminded as I was about living out your dreams and women can do anything — I never saw it as a possibility. It wasn’t visible to me as a dream, and if you don’t see it to reach for it, you don’t know what to reach for. It wasn’t until I saw Becky Hammon get hired for the Spurs in the NBA, that was when it finally clicked. I knew at that moment that that was going to be a path for me.

On her experience with the 49ers and working in what some would say is a “male-dominated” industry:

On the conversation surrounding women and equality in the workplace:

There’s a huge problem in the fact that many people don’t see it as an issue that we’re talking about. Many people view it as just the way life is, because that’s the way society has kind of molded us to view it as. It wasn’t until I was watching a practice with the Kansas City Ballet, and I started to think — if you’re looking at female stereotypical sports, that would be one of those. The director was a man, and I was thinking, what if I went up to this man and said, ‘Do the women respect you?’ That would be an odd question, right? But, all the time, I get asked, ‘Do the guys respect you?’ And, there’s nothing wrong with asking that, but it’s a question I get all the time. But, we never stop to realize, ‘What is that question actually implying?’ We as a society view men as more powerful and this idea of a woman being a leader of men is just so odd. But, in reality, women have been teaching men for years, and it’s never once been an issue. That’s what we need to start viewing this as again.

On the progression of women fighting for fair treatment in the workplace and the U.S. Women’s Soccer team:

I think there’s a lot of progress being made, and as we know there’s a huge movement being made. But, until I see little boys running around the school hallways wearing ‘Rapinoe’ jerseys and that’s a normal thing and it’s not because they’re related. Until it’s because they want to play like Megan Rapinoe or Alex Morgan, that’s when we’ll really see change. We’ll see change when we see female superheroes in the boys section at stores, and t-shirts can have a female on them and it’s not just for girls to wear — that’s the part of the dynamic where I think we’ll really see progress made. And, I think we’re almost there and moving in that direction, but we still have a long way to go.

On what she will bring to the 49ers this coming season:

I think in terms of just coaching styles, we’re all different. I truly believe that I have a way of connecting with players and allowing players to feel comfortable and vulnerable. And, that’s not because I’m a woman. There’s other male coaches who can do that as well, but I feel as though that’s my strength. I think that that helps put players at ease, especially when you have rookies coming in, because this is a whole new world for them. They’re scared to death and we all look at these guys like they’re superheroes, but they’re human beings. They’re trying to make a future for themselves. It’s a scary time for them. So, sometimes, having someone that you can relate to or talk to and open up to is very valuable. That is one of my strengths. I feel like what I’ve learned about this game is what I know as an adult. And I feel like most coaches have learned it from a young age. So, I feel like it almost works in my advantage with that because I had to teach myself. So, the questions I had to ask myself early on, I’m hearing the same questions from some of these guys who are learning a whole new system. Sometimes all these guys needs is for someone to believe in them.