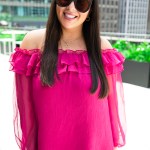 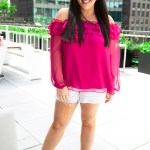 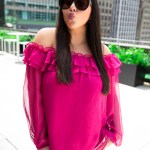 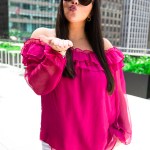 After climbing up the charts with her debut single ‘Toast,’ Instagram star Claudia Oshry is ready to remix her song & has the perfect person in mind.

As we toast to Claudia Oshry following the success of her debut single “Toast,” she’s raising her glass to one person in particular, who she is hoping to remix her recent jam. “DJs are the new rockstars, so I really want to do a remix, and I had a really good idea for the collab — I want to have Paris Hilton do the remix,” Claudia told HollywoodLife.com in an EXCLUSIVE interview. “I sent it to her and she said she was going to listen to it, but I haven’t heard back from her yet…which doesn’t bode well for me, but I’m not giving up hope!” Maybe the two could also get together for a “Stars Are Blind” remix?

Claudia, who is the found of the highly popular IG account Girl With No Job, revealed that the idea to release a single was something she’s always wanted to do. “In my dream world, I would have grown up and been a pop star, but you know, life didn’t work out that way, but I still have this really awesome platform! What’s cool about being in the digital space is that you get to create your own career, so I’ve done a million things with mine,” she explained. “I started a podcast, which was great. I attempted to be a DJ, which wasn’t for me. And then I was just like, why not create a song? So much of my content is about just feeling good, and being happy, and music is such a big part of that.”

Claudia’s “Toast” was released on August 2nd and debuted at number 12 on the American iTunes charts, and his number 4 on the iTunes Pop Charts. “I really like to think of the song as what Taylor Swift did for us when she released ‘Long Live,’ because ‘Long Live’ is completely a song for the fans and all about this community that she created, and I was really inspired by that,” Claudia, whose fans call themselves “Toasters,” said. “I just think that the Toasters are a similar community — they all know each other now, they get together, they party together. I just wanted them to have a song that was theirs, and we just have so much Toasty lingo that we use!”

She continued, “It’s really for me…and it’s really for them.” Make sure to listen to “Toast,” and be sure to follow Claudia on IG, for her hysterical content and info on the Toast community!