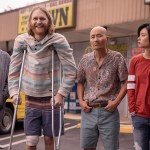 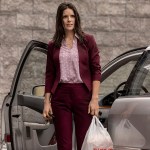 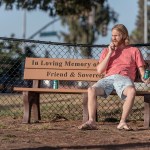 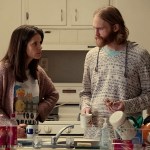 The critically-acclaimed dramedy ‘Lodge 49’ is back. HL spoke EXCLUSIVELY Sonya Cassidy about Liz’s arc in season 2, including forming her ‘own Dudley identity,’ exploring Liz’s relationship with her mother, and more.

Lodge 49 was such a bright light in the TV galaxy when it premiered in 2018. Now the show is back for its highly-anticipated second season, which premieres Aug. 12 on AMC. HollywoodLife spoke EXCLUSIVELY with star Sonya Cassidy at the Television Critics Association summer press tour about where the show is going after the season 1 finale. She also opened up about Liz’s emotional journey and how this season is about moving forward for her character.

Sonya told HollywoodLife that the show will be “getting under her [Liz’s] skin a lot more” in season 2. Liz will be stepping out of the “mold” she’s formed as a sister and surrogate mother to Dud since their mother died so young. Sonya talked about her incredible bond with Wyatt Russell and how their connection was instant. Check out our conversation below.

What can we expect from Liz in season 2?
Sonya Cassidy: We’re getting under her skin a lot more, which I think will be very satisfying and exciting to play because I think we touched upon other things going on with her personally in season 1, but she was so consumed by paying off her debt that that was interesting to watch her deal with that. But it was also a great distraction from her kind of getting her sh*t together and dealing with other things in life and she now doesn’t have that. So when we meet her [in season 2], she doesn’t have a job. She’s got to get a job. She still got rent to pay. She’s probably still going to be supporting her brother. But entwined in that, because of nearly losing the only person she has left in her world who she lives for, that has whipped up the sediments of how her past, I think, inform what her future holds. As I touched on before, I think the interesting elephant in the room for the Dudleys is the mum/dad relationship. It was always Dudley and son. Liz doesn’t have that connection to her mum. That relationship is something that is explored in season 2, which I just love. More people come into her life that act as a kind of hilarious, moving, mad catalyst for change. But I think this season there is definitely a moving forward for Liz, but she meanders there in a tentative, bulldozer kind of way.

One of the most fascinating aspects of the show is the interesting, intimate dynamic Liz has with her brother. Is that more of what we’re going to get into in season 2?
Sonya Cassidy: I liken Liz and Dud to entangled particles. They are each other’s yin and yang. With entangled particles, they will come together and they can fly apart, and whether they are millimeters away from each other or across the universe, somehow they remain linked. What happens to one has an effect on the other. With playing a twin, and especially two people that have been through real pain and difficulty in the year before we met them, that bond is ever-present. And so that is a given and we see their relationship evolve even more and grow deeper. Dud delves far more into the world of the Lodge and trying to save the Lodge. Liz rather nicely just needs a bit more alone time to be pensive and accept that, okay, I’m not paying off debt, I’m not having to pay for my brother right now. What am I doing as an individual? Through season 1, what I explored in terms of her history, her story leading up to when we meet her, is that they didn’t really have a mum growing up. Their mum died very young and so in a funny sort of way she’s been mum and sister and friend, so in season 2 we’re seeing her be able to step out of that mold and form her own Dudley identity.

I think the sibling dynamic between them is so fascinating because they’ve shared such pain and grief. They’re intertwined with each other and it’s like their pain is mixed together. What’s it like for you and Wyatt to have that bond and establish that bond?
Sonya Cassidy: I have to say, when I first met Wyatt, I’d never met him and we did what’s called a chemistry read, which is an audition reading together to see if it works. It was a scene that had been written for the audition and it was of Liz and Dud sitting on the sofa watching a crime show. There are thieves on the run and the helicopter camera’s tracking them, a prisoner has broken loose and they’re following them. It’s like a documentary. It starts with that and then by the end of the scene, they are having an argument about money. So within a couple of pages, I went from laughing and relating to just two people sitting there watching television to being entirely swept up in the drama of what’s happening in their world. That’s quite a lot to do in one scene and it was just so easy from the get-go. I literally went from saying hello to Wyatt, and then we sat down and worked and it just clicked. He is so talented and is sunshine in human form, so I don’t know of anybody that couldn’t get along with and work well with Wyatt. So that felt very organic, I have to say. And then when I got the job and we were able to sit down and just talk about the backstory in that, our instincts for the Dudleys were very similar. So it felt effortless to establish that relationship and find the nuance and play with that. He is lovely to act with. Everyone on the show is. As an actor, it’s important that you feel you can be vulnerable and open up with everyone on the show. I can only speak for myself, but I found that so easy and enjoyable and I think it shows.

There are a lot of questions with this show. With Bill’s death, there are still a lot of questions about that. Are we going to continue to explore that in season 2?
Sonya Cassidy: No. In a sense, it’s impossible to get closure with that. But what we have is the closest thing to closure for the Dudleys with Bill’s death, and I think that’s only right. I mean. I don’t know what’s coming for, hopefully, future seasons. There may be more of that. When you lose someone that you’re that close with very young, that will always feel like a gaping hole in your life. But as Liz was saying, throughout season 1 to Dud, we will never know what’s happened, but we have to be able to move on from it. I think what you’re seeing is Liz and Dud maturing and growing and finding a way of allowing that very painful chapter and wound to heal. But actually mom Dudley is more of a focus in this season, which was a really lovely thing to play with. I mean, both parents I think are there as a kind of beautiful echo of what once was. But I hope that you guys watching it will see it’s been very difficult and that they’re trying to move on from it.

What is that like for you to embrace the mystery of Lodge 49 and being on in a show that’s so beautiful but tough to pin down in a sense?
Sonya Cassidy: Well, I think for a lot of shows now when you hear the pitch or a soundbite or you watch a trailer, you kind of know what you’re gonna get. I know that’s important for selling a show, but I love being able to sit down, it’s the same with books, and if I go to the movies, I don’t Google what’s going to happen. I don’t want to know. I want my title, the blurb, and then I’m just gonna dive in and be surprised. So I think that mystery to our show, and that enigmatic quality, I love, and I think is part of its charm. If you search and you find us, there’s this whole other beautiful world that will open to you. In life, we don’t have a crystal ball. We don’t know what’s coming. Obviously, as actors who work on a show, there are certain things we’re told and there is so much detail. Jim [Gavin], as the creator of the show, was so generous with what his thoughts were when he first wrote it but also working with us to find that nuance. I kind of like not knowing everything that’s coming. There were scripts we’d get through and things that are coming up in season 2 where we’d have to pause in the reading of them to be like, “What? Is this happening?” I loved that. And that’s a very exciting thing to be a part of in a time when there’s a lot of box-ticking stories and also archetypes that are still being written in a way that it does its thing. But for me as a performer and also as someone watching something, I like to feel that I can live vicariously and connect with characters, but also be thrilled and taken along for a ride. I’m very proud of our show’s ability to do that. I would say that whatever age you are, whether you’re male, female, whether you have siblings or not… If you’ve ever struggled to get work, if you’ve ever struggled with lots, if you’ve ever got to a point in life and thought, “What the hell am I doing?” If you believe in alchemy, if you want to feel like you can join a Lodge, this is the show for you. Now more than ever, all of us could do with that actually. We want you guys as viewers to feel like you are a fellow Lynx and you can come and hang out with us, and as I say, either live vicariously or be distracted from whatever it is that’s going on.