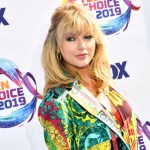 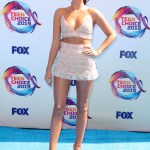 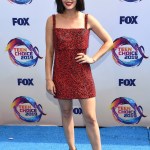 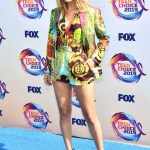 Get well soon, Kihyun! After breaking a rib and performing his last show seated, Kihyun rested while the other Monsta X guys crushed their performance at the Teen Choice Awards.

The Teen Choice Awards were an incredibly important night for Monsta X. The group became the first K-Pop act to ever perform at the Teen Choice Awards in the awards show’s 20-year history! And they did not disappoint. The Monsta X guys dominated the stage with their glorious dance moves, epic vocals, and their undeniable presence. Though their performance was nearly flawless, Monbebes couldn’t help but miss Kihyun doing his thing! Kihyun sadly injured himself on August 9, just two days before the Teen Choice Awards, and couldn’t perform with the rest of the band.

Poor Kihyun was rushed to the hospital in Los Angeles on August 9 after complaining of chest pain — just hours before Monsta X was supposed to perform for their 18th and last stop on their world tour. Kihyun was diagnosed with a fractured rib, and despite doctors telling him not to perform that night, he did it anyway. He belted to perfection and nailed all his notes, even while seated on a stool onstage. That’s dedication! Because of that sacrifice, Kihyun was forced to finally take it easy and skip the Teen Choice Awards so he could recuperate correctly.

And the Monbebes wouldn’t have it any other way! “Thank you god kihyun [is] not here so he gets rest properly,” one devoted fan tweeted during the Teen Choice Awards performance. “MONSTA X LITERALLY DID SO WELL DESPITE HAVING TO ADJUST WITHOUT KIHYUN IM SO HAPPY THEYRE GETTING MORE POPULAR AND HAVING MORE OPPORTUNITIES I LOVE THEM SO MUCH IM SO PROUD!! #TeenChoiceAwards” Another fan tweeted a photo of the guys on the red carpet, writing, “THEY LOOK SO GOOD and i’m so happy to see kihyun is resting.”

Just so we’re not all worried, Kihyun tweeted during the performance that he’s fine! ” I’m resting well, I’m better than I thought!!!! Thank you for worrying about me!!”