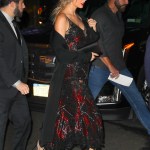 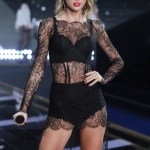 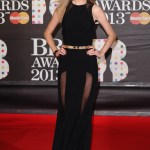 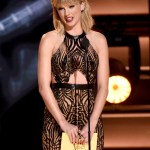 No drama here! Kacey Musgraves issued a statement claiming she and Taylor Swift were ‘cool’ after it looked like she supported Kid Rock’s sexist rant.

Kacey Musgraves set the record straight on that alleged “like” on Kid Rock‘s rant about Taylor Swift. After a photo that showed Kid Rock’s tweet on Kacey’s liked list started circulating online – which got Swifties riled up – the singer, 30, revealed the image was fake.

“Last week I was dragged because of how liberal I am and anyone that knows me knows how outspoken I am about equality and respect,” she wrote in a statement shared on Twitter. “I’ve connected with Taylor – she knows this is NOT how I feel and we are cool. That was a manipulated image, (I don’t even follow Kid Rock), and I would NEVERRR support any message promoting such disgusting misogyny.”

Fans weren’t totally convinced everything was fine, though. Before issuing the statement, Kacey tweeted, “yoooo – my account was hacked. I’ve been working all day and just got on Twitter.” This didn’t align with the new claim that the photo was fabricated, so a fan questioned her, “Wait so I’m confused, were you hacked or was the image manipulated?” The Golden Hour songstress cleared the air once again, replying, “Thought I’d been hacked until I found out about the manipulated image.”

If you need further proof that things are cool between the two women, there is the fact that Taylor liked Kacey’s message. A Taylor Swift News account (@TSwiftNZ) tweeted out a photo of the “You Need To Calm Down” hitmaker’s own likes, which included Kacey’s post. HollywoodLife has been able to verify that the tweet was liked by Taylor’s account.

Kid Rock made headlines earlier this week when he posted a sexist tweet claiming Taylor “wants to be a democrat because she wants to be in movies.” He added, “And it looks like she will suck the door knob of Hollyweird to get there. Oldest move in the book. Good luck girl. -Kid Rock.” The highly criticized tweet came after the 10-time Grammy winner revealed why she didn’t publicly endorse Hillary Clinton in the 2016 election, explaining that she felt she’d end up being more of a liability than anything else.