Selena Gomez is stunning in photos from her new campaign with Puma! The singer portrays the ultimate Cali girl in her new CALI remix collection, which drops on August 15.

Selena Gomez is glowing in her new Puma ad for the brand’s unreleased CALI remix collection. The singer and actress, 27, previews the collection, which drops on August 15, in new campaign photos released on Friday. In the shots, Sel poses next to a classic car as she shows off her summer style for Puma.

She sports a cream-colored tracksuit, consisting of capri pants and a long sleeve crop top in numerous snaps, which were shot in front of a cool Cali scene. Green palm trees can be seen blowing in the wind with a clear blue sky above. Sel also puts her toned tummy on display in the ad, showing off her tiny frame.

The Puma ambassador debuted the CALI remix sneaker — a comfortable, cream-colored low-top shoe (we’ve tried it, and it’s amazing), with colors of pink and brown on the toe and heel. The new sneaker is made up of multiple materials including a suede heel, leather and a stacked rubber sole. Sel also showcased tones of pink and orange in her lip and eye color. Her pinkish-bronzed eyes glistened in the sun during the outdoor shoot. She also accessorized with light-colored hoop earrings. 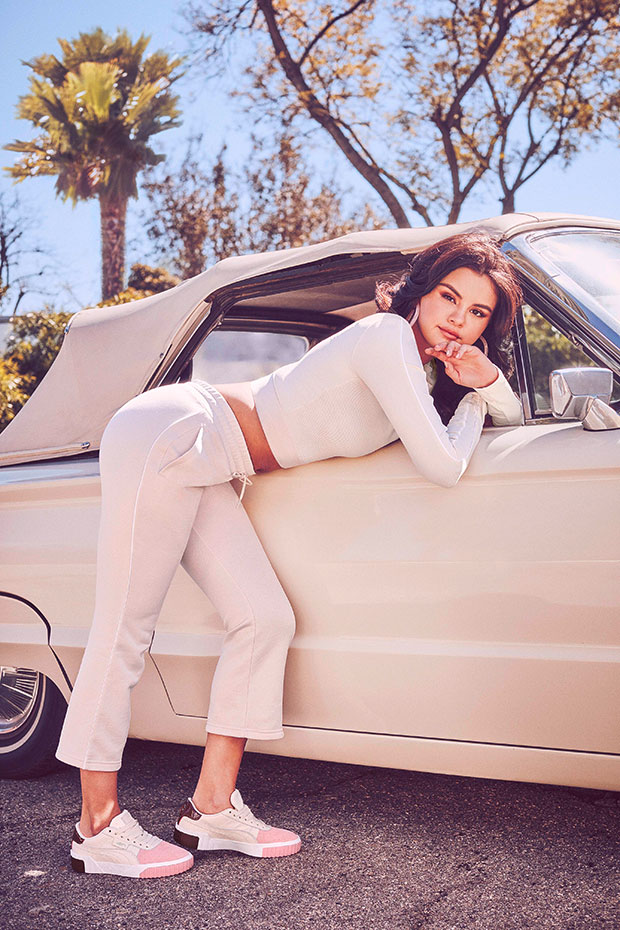 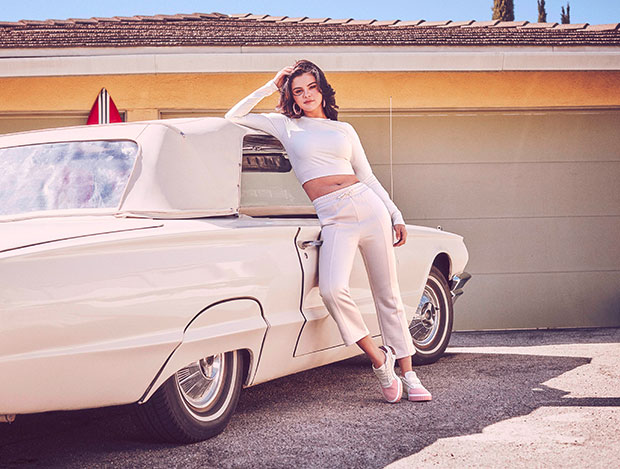 Since Selena teamed up with Puma in fall 2017, she’s helped the brand elevate its athleisure wear by dipping her hands in the creative process, while also starring in ad campaigns.

After signing on with Puma, Selena said it was the brand’s mix of style and culture that had her hooked. “Being part of the PUMA family is very exciting for me,” she said in a statement at the time, explaining that “PUMA has changed the game when it comes to the mash-up of athletic wear and fashion. It’s amazing to see this influence on style and culture and I’m excited to be a part of it,” she added.