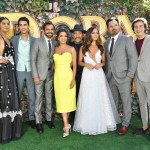 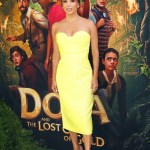 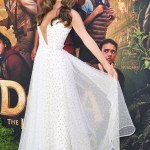 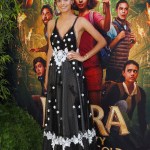 ‘Dora & The Lost City of Gold’ is in theaters now. Nicholas Coombe spoke EXCLUSIVELY to HL about wild times in the Australian jungle, diving into the character of Randy, and more.

Dora The Explorer is getting the live-action treatment with Dora & The Lost City of Gold. Australian native Nicholas Coombe, 24, stars as Randy, a brand-new character created for the film. “Randy is an awkward, kind of antisocial, introverted guy,” Nicholas told HollywoodLife EXCLUSIVELY. “He plays a lot of video games, has a lot of friends online… not in real life. It’s exciting to see Randy meet Dora and Diego and the rest of the friends in the group and to see how the journey goes.” He explained that “Dora’s positivity and excitement really help each of the characters come out of their shell and Randy kind of realizes the strengths he has and what he can bring to the team, and through that, he can help them get through challenges and all sorts of other things.”

The movie was shot on the Gold Coast in Australia. Most of the filming was done on location, including the jungle. Nicholas revealed the craziest thing to happen on set while filming in Australia. “One day we were shooting a scene walking through the rain they created and a snake had come — a real-life python — had come along to cool down because we’d been pouring water in the jungle,” he said. “It was really hot that day so the snake had come kind of in the path where we were meant to be walking. That was pretty crazy.”

Joining the Dora the Explorer universe as a new character was such a blast for Nicholas. “A lot of people ask me if it was terrifying to do that but I think it’s really exciting because he hadn’t been seen before, so we could kind of play around with the character and create some funny quirks and change some things to make him more enjoyable to play, so that was really fun,” he continued.

Dora has been such an inspiring character ever since the animated series debuted in 2000. The live-action movie features a teenage Dora, played by Isabela Moner, 18, and Nicholas opened up about why he thinks she’s a “cool role model” at the moment. “I think Dora’s an amazing character, especially now,” Nicholas said. “She’s this really funny, smart, independent female leader basically and I think that’s exciting for all the young girls and boys around the world just to see that she can take the charge and lead a group of people through the middle of the jungle at only 16. So I think she’s a really cool role model right now.”

In addition to acting, Nicholas is also a musician. He’s in a band called The Beanie Kids and they’ll be releasing their first song this month. Nicholas teased that we should “get ready to dance” to his song. There’s nothing quite like a song that makes you dance!