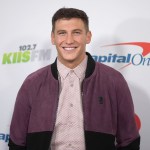 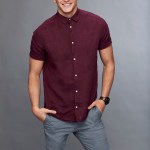 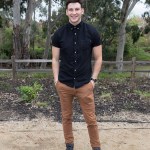 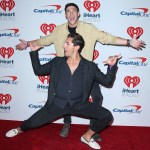 Dean Unglert tore into Blake Horstmann with a lesson about ‘consent’ after the ‘BIP’ star leaked his and Caelynn Miller-Keyes’ texts about their Stagecoach hookup. He even tried to stop Blake from going public with the messages!

Dean Unglert, 28, gave an important lesson about why it’s a big no-no to leak private texts, even if you’re being made to look like a villain on Bachelor in Paradise. That’s exactly what Blake Horstmann, 30, did in an attempt to prove that it wasn’t his idea to keep his hookup and dating history with fellow BIP star (and Dean’s rumored girlfriend) Caelynn Miller-Keyes, 24, hush-hush. “He took private text messages between him and another girl who did not consent to him releasing these text messages and blasted them publicly for his 600,000 followers. Then it got picked up by news outlets, which then gets blasted out to millions more,” Dean told Ben Higgins on the Aug. 7 episode of the Almost Famous podcast.

“Publishing and publicizing private text messages without the consent of the other person, as a public figure, is one of the most disgraceful things I think he could possibly do,” Dean continued, adding, “You never enter into a text conversation with anyone ever expecting them to screenshot and advertise them.” Caelynn reflected these sentiments in her lengthy response to her and Blake’s leaked texts, in which she wrote that she’s “absolutely mortified” that their private conversation was “put out there for the world to see and judge.”

While Dean didn’t doubt that Blake “talked” about the situation with Caelynn, he added, “There are a million ways that Blake could have gone about sharing his side of the story and the worst way of those million is by sharing those text messages.” Dean even claimed that he advised Blake not to make those texts reading material for the public. You can listen to the full podcast above!

The drama unfolded in the Bachelor in Paradise Season 6 premiere on Aug. 5, when Caelynn revealed that Blake had slept with co-star Kristina Schulman just one night before their Stagecoach hookup! Blake further rubbed salt in the wound by going on dates with Kristina and Tayshia Adams, in addition to hanging out with Hannah Goodwin, all while avoiding Caelynn on the show. Meanwhile, Caelynn claimed that Blake ghosted her and told him that she felt like “this dirty secret,” adding, “You literally told me to lie for you.”

After the premiere aired, Blake leaked texts that showed Caelynn also wanted to keep their Stagecoach hookup a secret for the time being. Clapping back at Blake, Caelynn later clarified what she really meant in that heart-to-heart chat that aired on BIP: “We started talking months before Stagecoach. We FaceTimed everyday and talked about potentially skipping paradise to be together. When I say he ghosted me, it was after those few months of us talking. It was my understanding there was no one else and I thought we were on the same page.”