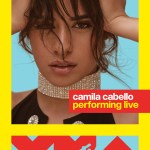 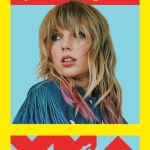 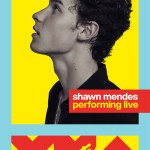 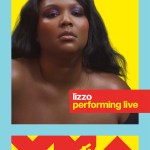 The 2019 VMAs are almost here, and the very first performer for the show was announced on Aug. 7 — get ready for some Taylor Swift!

If you love it when they call you señorita, you’ll be happy to learn that Camila Cabello and Shawn Mendes were announced in the first batch of performers for the 2019 MTV VMAs! MTV announced today, ahead of the August 26th show, that Bad Bunny, Camila Cabello, J Balvin, Lil Nas X, Lizzo, Rosalía and Shawn Mendes will be taking the Prudential Center stage for an amazing night of awards and performances! They’ll be joining the previously announced, major performer of the evening, Taylor Swift, following the August 23rd release of her highly-anticipated album Lover.

The news comes just a day after it was revealed that Missy Elliott will receive the iconic MTV Video Vanguard Award, which is always accompanied with a medley of the artist’s greatest hits! This year’s host will be comedian, actor and best-selling author Sebastian Maniscalco, who will be bringing audience a night of fun and music, live from Newark, New Jersey. While additional performers will continue to be announced, we can only hope they’ll include some of this year’s major nominees! Ariana Grande tied with Taylor Swift with 10 VMA nominations this year, but with her world tour, it’s unclear whether she’ll be able to make an appearance at this year’s show. Several nods also went to Cardi B, Drake, H.E.R., Khalid, and the Jonas Brothers — and we’re hoping we’ll see them on the stage performing, as well as accepting some Moon Men!

This year, fans can vote for their favorite artists across 14 gender-neutral categories, which will include, for the first time, “Best K-Pop” and “Video for Good.” The biggest award of the night, “Video Of The Year,” seems to also be the toughest category, with newcomer and fan-favorite Billie Eilish nominated for “bad guy.” She’s joined by Taylor Swift for “You Need To Calm Down,” Ariana Grande for “thank u, next,” Jonas Brothers for “Sucker,” Lil Nas X ft. Billy Ray Cyrus for “Old Town Road (Remix),” and 21 Savage ft. J. Cole for “a lot.” You’ll have to tune in on August 26 at 8:00 p.m.ET/PT on MTV to find out if your favorite artist wins!

Keep checkin back, as we’ll be continuing to update this post as more performers are announced in the coming weeks. With so many huge artists making headlines this year, it’s sure to be a great show!