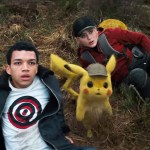 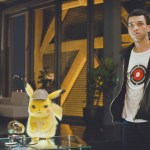 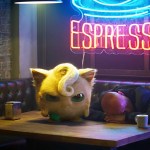 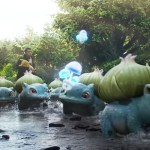 Getting invested in the Pokemon world was very easy for star Justice Smith. In this EXCLUSIVE behind the scenes video in honor of the movie’s release on Blu-ray, Justice talks about his Pokemon-filled past.

“I’ve been a huge Pokemon fan since I was a little kid,” Justice Smith, who plays Tim Goodman in Pokemon Detective Pikachu, says in our EXCLUSIVE video. “I actually still have all the original, first-generation Pokemon trading cards. My sister and I each had our own decks and we’d battle all the time even though we really didn’t know the rules. Maybe we didn’t know how to read them but we would make up our own rules and then we’d end up physically battling the cards. We were kids.”

Justice also notes that he was a “big fan of the animated series.” He adds, “What’s cool is my younger siblings are now really into [Pokemon] Sun and Moon.” Justice says that when he started playing video games, he got Pokemon Gold for his Gameboy Color. Justice has clearly been surrounded by Pokemon his whole life, so this role was definitely a full-circle moment for him!

Detective Pikachu was the first live-action Pokemon film. The film follows Justice’s character, Tim, who goes on a search to find his ace detective father, Harry Goodman, after he mysteriously goes missing. Detective Pikachu helps Tim on his journey to figure out what happened to his father. Along the way, many more beloved Pokemon show up in this fun and thrilling ride.

In addition to Justice, Ryan Reynolds was the voice of Pikachu. Kathryn Newton played Lucy Stevens. The movie was released in May 2019. Pokemon Detective Pikachu is also available digitally.