Cynthia Bailey tells HollywoodLife that she’s ‘rooting for Porsha Williams and Dennis McKinley’ to work things out after their recent split. And, Cynthia even admits that she’s ‘optimistic’ they’ll eventually tie the knot!

Cynthia Bailey has been supporting Porsha Williams since her split with ex-fiance Dennis McKinley, which occurred sometime at the end of May. Despite their relationship troubles, The Real Housewives of Atlanta star still thinks they’re a “great fit” together. “I’m optimistic,” Cynthia, 52, tells HollywoodLife about if she thinks Porsha, 38, and Dennis will get back together. And, as for their New Year’s wedding that they had planned, Cynthia’s “optimistic that they will” still go through with it. “I’m rooting for her and Dennis to work it out and we can have that wedding as well. I’m looking very forward to that,” she adds.

“They have this beautiful baby together and I don’t know, I just want to get around the two of them. They just feel like a good fit to me. That’s just my opinion,” Cynthia says, explaining, “I think they just feel right together to me, but that’s not up to me. It’s up to them, but I’m optimistic that they’re going to work it out.”

Although Porsha has a lot of her plate with baby Pilar Jhena (five months) and filming for season 12 of RHOA, “she’s doing great,” Cynthia admits, adding that “Pilar is so sweet and so cute.” Cynthia goes on to explain that Porsha is in a “great place,” despite her issues with Dennis. “I pray that they both get out, but she seems really happy and I’m really happy for her. And, she’s been very supportive of me and of hashtag Chill so I wish nothing but the best for Porsha,” she says. 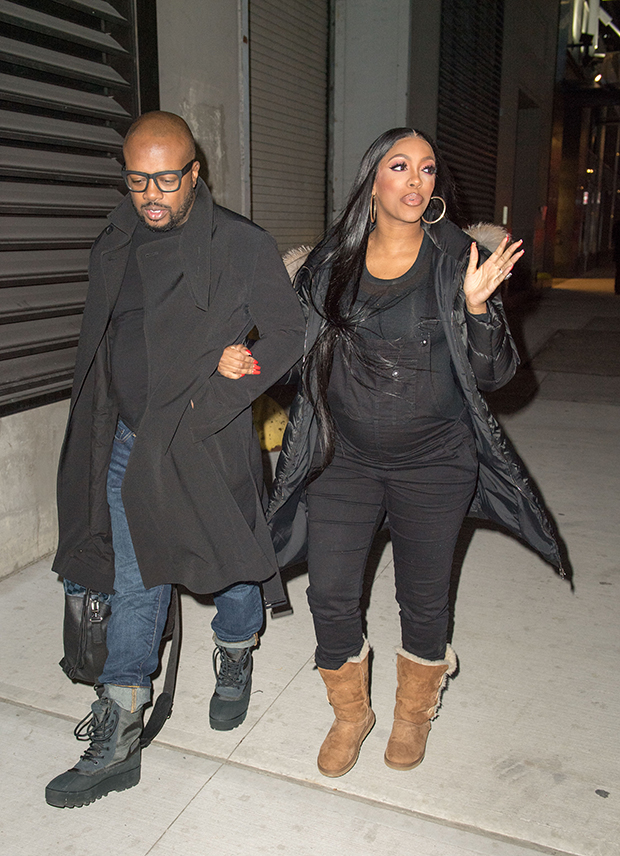 Porsha Williams and Dennis McKinley out and about during her pregnancy. (Photo credit: SplashNews)

Rumors that Porsha and Dennis’ relationship was on the rocks began over the Memorial Day weekend when she unfollowed him on Instagram. Fans later pointed out that her sister Lauren and mother Diane had unfollowed him on social media as well.  Nonetheless, as of May 29, Porsha was back to following Dennis.

Porsha and Dennis got engaged at the end of September 2018, and welcomed daughter, Pilar Jhena, their first child together, on Friday, March 22. The couple announced on RHOA‘s season 11 finale that they will tie the knot on New Year’s Eve. We’ll have to wait and see if they’ll make it to the alter. But, just like Cynthia, we’re rooting for them too!