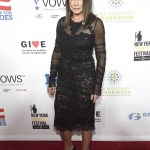 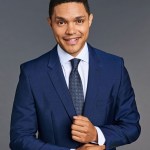 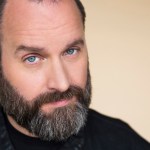 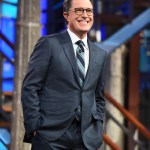 When Caroline Hirsch founded the iconic Broadway-based comedy club “Carolines On Broadway” in 1981, the comedic landscape was vastly different than it is today. “In the last few years, we have a lot more females involved. How comedy is delivered as changed. The way I see talent is different. Podcasts are now a way that comedy is delivered right now,” Caroline revealed in an EXCLUSIVE interview with HollywoodLife. “It’s so much more diverse than when I first started — I could count the number of headliners at the New York Comedy Festival we had then. Now, there will be way over 200 people taking part in this year’s festival.” The NY Comedy Festival, which will take place at various locations throughout NYC on November 4th through November 10th, announced it’s exciting line-up this morning, including some incredible headliners.

Some stand-outs include Trevor Noah — who will take on Madison Square Garden — Stephen Colbert — who will perform at Carnegie Hall — Nicole Byer, Kathleen Madigan, Jenny Slate and Bill Maher. “We are constantly on the prowl to deliver new talent every year,” Caroline, who started the NY Comedy Festival 16 years ago, admitted. “What we try to do is take the best of what we’ve seen during the year and from the last festival and then gear it up and have a little this, a little of that, so it pleases a lot of different people. We’re always mixing it up, and this festival is really on the forefront of what is happening in comedy.”

She continued, “We’re very happy about this line-up and we think it’s very diverse. We’ve tried really hard, again, to present more women. There are more LGBTQ+-friendly acts this year, more than ever, and we’re really proud of it.” The festival will also be incorporating live podcast recordings into the line-up, which they pioneered several years ago. “People love to come out and see who they have been listening to — the podcast is like a radio show, and it’s a way to deliver comedy right to people’s homes.”

This year, NYCF partnered with The Female Quotient, a woman-owned business committed to advancing equality in the workplace. Working together, the organizations hope to increase female comedic representation on and off of the stage. Tickets for the exciting New York Comedy Festival go on sale to the general public on August 12 at 10 AM ET.