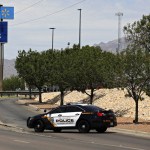 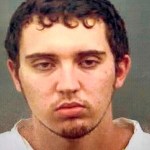 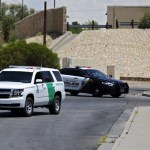 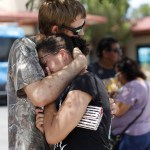 Authorities have responded to a mass shooting in a Texas Walmart. Twenty one people are confirmed dead, and a 21-year-old gunman has been taken into custody.

UPDATE 6 12:10pm EST 8/5: El Paso police confirmed that another victim died in the hospital on the morning of August 5, bringing the death toll to 21.

UPDATE 5 11:30am EST 8/4: Patrick Crusius was charged with capital murder while held in El Paso jail.

UPDATE 4 8:15pm EST 8/3: El Paso Police Chief Greg Allen confirmed in a news conference that 20 people died in the shooting and another 26 are hospitalized.

UPDATE 2 4pm EST 8/3: The Senior Director of National Media Relations for Wal-Mart, Randy Hargrove, issued the following statement to HollywoodLife: “We are in shock over the tragic events at the Cielo Vista Mall in El Paso, where Walmart store #2201 and Sam’s Club #6502 are located. We’re praying for the victims, the community and our associates, as well as the first responders who are on the scene. We’re working closely with law enforcement and will update as appropriate.” Texas Lt. Governor Dan Patrick told Fox News, per The Washington Post, that a 21-year-old man is in custody in connection with the shooting that has left as many as 20 people dead.

UPDATE 1 3:30pm EST 8/3: Multiple people were killed in the El Paso shooting, the chief of staff to the city’s mayor said, according to CNN. At least one person is in custody, El Paso Police Sgt. Enrique Castillo told reporters, and authorities don’t believe there is an ongoing threat. Several people have been transported to the hospital, Castillo said.

ORIGINAL: At least 18 people were shot or injured in a mass shooting outside a Walmart in El Paso, Texas on Aug. 3, according to local outlet KTSM. Authorities have responded to the scene, with the El Paso Police Department providing updates through social media.

“Scene is still Active. We have multi reports of multiple shooters. Please avoid area police conducting search of a very large area. Media staging will be given when area is secure,” the department tweeted shortly after 2 p.m. on Saturday. The extent of the victims’ injuries are still unknown at this time.

Citizens on the scene have also shared eyewitness accounts and videos of the scene to social media. “Just in – Video footage of police clearing out the entire Cielo Vista Mall in El Paso, #Texas. Where a gunman who is still at large shot at least 18 people and one person dead in a #Walmart and on a parking lot,” Sotiri Dimpinoudis tweeted, alongside footage of a mob of people clearing out of a mall with their hands in the air.

Jerrita Patterson shared an image of Walmart workers and customers holding hands in the parking lot and consoling each other. “A tragic and tearful start to the day, as there are reports of shots fired at the #Southaven #Walmart,” the user tweeted alongside the image.

President Donald Trump waited for six hours after the shooting occurred to take to Twitter, calling the incident “very bad.’

Terrible shootings in ElPaso, Texas. Reports are very bad, many killed. Working with State and Local authorities, and Law Enforcement. Spoke to Governor to pledge total support of Federal Government. God be with you all!

Blink-182 member Mark Hoppus revealed on Twitter that he and his bandmates were “locked down” in their hotel and told another active shooter was “directly across the street at a location different from the first shootings.” He added, “we were leaving breakfast when our security texted that there was an active shooter at the mall we were headed to. saw dozens of police cars on the freeway and surface streets. helicopters. we got back to the hotel and turned on the news to see what was happening. then the intercom said there are reports of another shooting across the street at the bassett place mall. i don’t see or hear police or helicopters so hopefully it’s just an over abundance of caution and someone got the malls confused. so terrible.”

HollywoodLife has reached out to local police for a statement. This is a developing story. We will update this page as more information becomes available.