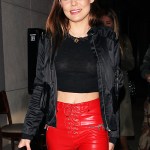 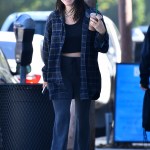 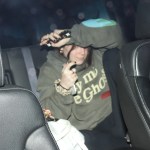 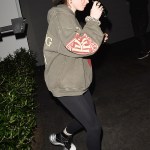 Bella Giannulli could’ve been Aunt Becky’s understudy after looking identical to Lori Loughlin in a new selfie, which served as the USC student’s second social media posting since the college admissions scandal.

Get Isabella “Bella” Giannulli, 20, a seat on Wake Up San Francisco, because she looked just like Aunt Becky — we mean, Lori Loughlin, 55 — in a selfie shared on Aug. 2. The Fuller House star’s daughter is back to updating her Instagram after the fallout of the college admissions scandal, which charged her mom and dad Mossimo Giannulli, 56, for allegedly paying $500,000 in bribes to secure Bella and sister Olivia Jade’s spots in the University of Southern California as crew recruits (their parents pleaded not guilty). Bella has now shared her first selfie since “Operation Varsity Blues” was unveiled five months ago, and she looks just like a young Lori from the ’80s.

Bella dolled up for the photo snapped on a plush bed, in which she slicked back her hair into a tight bun to emphasize the high cheekbones that she and Lori share. Unlike Lori’s effeminate style as seen during her Hallmark days, Lori opted for an edgier ensemble in a black long-sleeved top and flame pants. She topped off the selfie with a simple bear emoji: “🐻.”

We got to see an actual side-by-side of Bella and Lori’s identical looks in Bella’s birthday tribute for her mom, posted on July 28. “Happy birthday mama. I love you ❤️,” Bella captioned the picture of Lori hugging her. Olivia Jade, 19, also gave her mom a birthday shout-out on Instagram, and like Bella, it served as her first post on social media since news of the college cheating scandal broke.

Bella shared the selfie above two days after it was revealed that the college student was not kicked out of USC’s Kappa Kappa Gamma sorority, despite a report that claimed both she and her little sister got the boot from the sisterhood! “The story regarding these two individuals is false. Bella Giannulli remains an active member of the Delta Tau chapter of Kappa Kappa Gamma,” the sorority announced in a statement to HollywoodLife, which also pointed out that Olivia was never an official member: “Olivia Jade did not complete the membership process.”