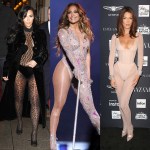 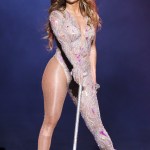 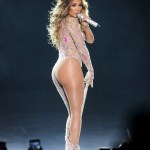 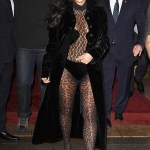 Jennifer Lopez lit up the stage in a jeweled, sheer bodysuit during her concert in Israel on August 1! The singer rocked the stage in her plunging, jeweled ‘birthday suit’, proving that 50 has never looked so good!

Fifty looks really good on Jennifer Lopez! The singer who just celebrated her milestone birthday on July 24, shined at her concert at Yarkon Park in Tel Aviv, Israel on Thursday. JLo rocked a plunging, beaded jumpsuit with silver and colorful designs in front of packed crowd of 50,000 people during her show, which is part of her It’s My Party tour.

The mother-of-two strut the stage in her sultry number, which featured only one bejeweled left leg and right arm. Her right leg and left arm were exposed and covered in nude, transparent material with silver jewels. The two-time Grammy nominee donned silver, sparkling heels that paired well with her bedazzled microphone and stand. JLo wore her long, brunette hair down and curly while she danced the night away, performing her throwback hits and newer tracks.

“Amazing energy in Tel Aviv last night!! Over 50,000 strong!!! I love you so much,” the newly engaged singer captioned a video of her on stage performing her 2009 hit, “All I Have”, featuring LL Cool J. The rapper was not present during the concert. At one point, JLo yelled, “That’s my birthday suit,” in reference to her sultry jumpsuit. She performed more of songs including, “Medicine,” and “Love Don’t Cost A Thing”. 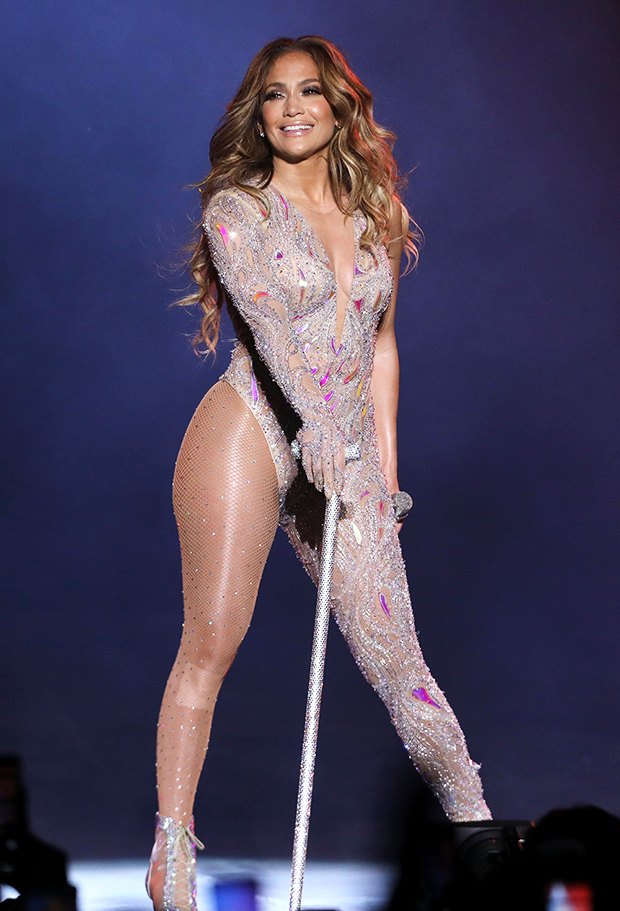 Jennifer Lopez in a jeweled, sheer jumpsuit on stage at her concert in Israel on Thursday, August 1, 2019. (Photo credit: ABIR SULTAN/EPA-EFE/Shutterstock) 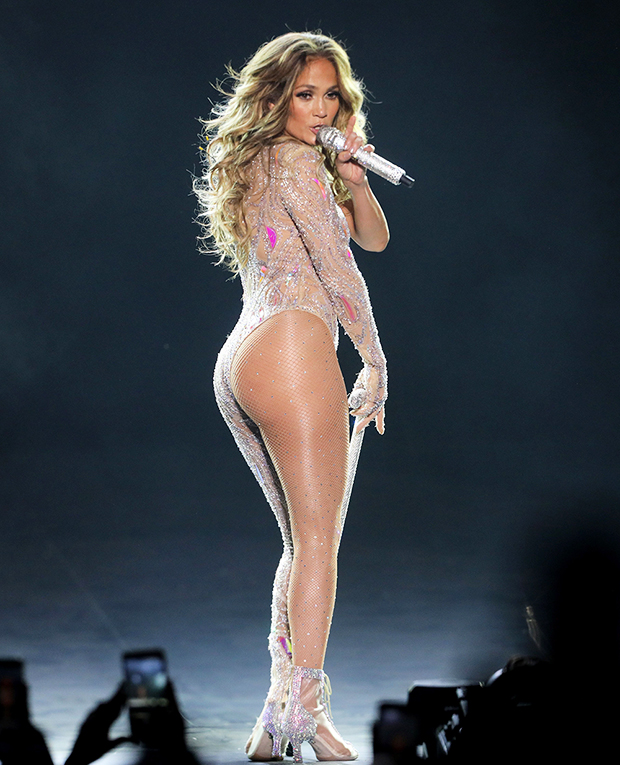 Jennifer Lopez in a jeweled, sheer jumpsuit on stage at her concert in Israel on Thursday, August 1, 2019. (Photo credit: ABIR SULTAN/EPA-EFE/Shutterstock)

Jennifer and fiance Alex Rodriguez arrived to Israel on Tuesday. The day after her energetic show, the pair were photographed exploring the city of Jerusalem.

Ahead of their trip to Israel, Jennifer and A-Rod celebrated her 50th birthday at Gloria Estefan’s estate on Star Island in Miami on July 24. DJ Khaled, Ashanti, and Fat Joe were among the friends and performers who made JLo’s party one of the best bashes of the year.