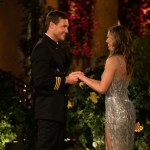 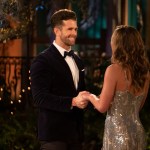 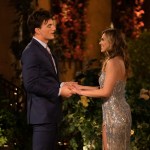 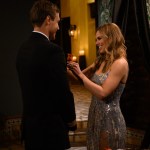 It looks like that offer for drinks Hannah B. gave Tyler C. at the end of ‘After The Final Rose’ has led to much more. Hannah and Tyler appeared to have had a sleep over at her place after she dumped Jed.

Most Bachelorette viewers were shocked when Hannah B. let dreamy Tyler C. go in favor of getting engaged to country singer Jed Wyatt. But once she found out he had a girlfriend back at home and was less than honest about his intentions for going on the show, she broke up with him. At the end of After The Final Rose, Tyler was invited back on and Hannah admitted she still had feelings and asked him to rekindle things by going out for drinks and it looks like things are going VERY well just three days later. Tyler, 26, was photographed leaving Hannah’s L.A. apartment shortly after 10am on Aug. 2 and he had an overnight bag with him.

The couple reportedly went out on a date the night before, just two days after Hannah, 24, asked for a second chance with Tyler on July 30’s ATFR. She asked him out for drinks and he responded, “I would love to. Just tell me when, I’m there.” In photos obtained by TMZ, Tyler is wearing workout clothes with black shorts and a long sleeve shirt and carrying a backpack. He’s showing Hannah something on his phone and she looks like she just rolled out of bed, with messy hair, a white t-shirt, black shorts and is barefoot. So either he stopped by her place for a morning hello, or he was leaving after a night of passion.

In one of the most dramatic ATFR shows ever, Hannah confirmed she had broken up with Jed, who she gave her final rose to as they got engaged in Crete in the Bachelorette finale. “The engagement is over. We are not together,” she told host Chris Harrison. “That’s not what I said yes to…When I said those things, the things I said to him on my engagement day, I thought that was my day. I feel like that was taken from me… It’s been really hard to grapple with that, but I know that what I got is not what I ever wanted for a life partner, love that’s not built on a foundation of truth and honesty.”

Once Hannah discovered that Jed had a girlfriend back home — who he slept with the night before leaving to go on The Bachelorette — she was done with him. While he claimed it was “not an exclusive thing,” he admitted to telling Haley Stevens that he loved her, and they even went on a romantic trip to the Bahamas together before he went on The Bachelorette. Hannah basically cornered him into revealing that his intention to go on the show was to further his music career. He claimed he never thought he would fall for Hannah in the way that he did and was “afraid” she would have cut him loose during the taping if he told her he had a girlfriend in Nashville that he had not ended things with.