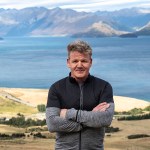 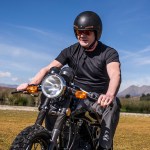 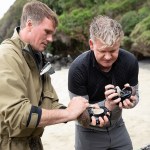 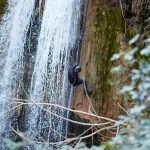 Gordon Ramsay is a man on a mission. He attempts to rappel down a waterfall in Morocco to find some mushrooms in this EXCLUSIVE preview of ‘Gordon Ramsay: Uncharted’ but runs into some problems.

Gordon Ramsay, 52, has his eye on some really great mushrooms and he’ll do just about anything to get them. In this EXCLUSIVE preview of the Aug. 4 episode of Gordon Ramsay: Uncharted, the famous chef suits up to rappel down a waterfall to get to those mushrooms. “They better be delicious,” Gordon says before he starts his adventure. Almost immediately, Gordon starts cursing. Rappelling isn’t easy, that’s for sure.

Gordon continues to encounter some difficulties as he’s making his way down the side of the waterfall. He begins to get hit with the falling water, which doesn’t make things any easier. He eventually gets stuck and is left hanging there. “Oh, man,” a defeated Gordon says. “Seriously?”

During the Aug. 4 episode, Gordon travels to Morocco, North Africa, where he embarks on an adventure deep in the Middle Atlas Mountains to understand ancient Berber cuisine. Learning from the locals, he rappels over a waterfall to meet mushroom hunters, milks a camel and experiences the life of the Berber people. He puts his new skills to the test, cooking a feast with chef Najat Kaanache to celebrate Berber New Year.

Over the course of the season, Gordon will also journey all across the globe to places like Peru, Laos, Hawaii, Alaska, and New Zealand. He’ll be hanging off a cliff in pursuit of cactus worms — a delicacy in Peru. He’ll be climbing a sheer rock face during a snowstorm with a local forager to harvest native herbs in Alaska. This is Gordon like you’ve never seen him before. Gordon Ramsay: Uncharted airs Sundays at 10 p.m. on National Geographic.