Hannah Brown eliminated Tyler Cameron and gave Jed Wyatt her final rose during the July 30 finale of The Bachelorette. After letting Jed know that he was her final pick, the 25-year-old got down on one knee and popped the question to Hannah. He presented her with a stunning engagement ring from Neil Lane, and she was absolutely in awe. The ring was an oval shape with a halo of diamonds surrounding the main rock. It also included a diamond band, and looked seriously amazing on Hannah’s finger. He said he chose the oval shape because it reminded me of the love he and Hannah share.

“I’ve always prayed for my future husband and as a little girl I can remember sitting in my room…I never knew who I was praying for, but I was always just wondering what their life was like, what they were doing and what their passions were,” Hannah told Jed at the rose ceremony. “I sometimes question why God has allowed things to happen in my life the way they did — to struggle the way I’ve struggled and have the heartbreaks I’ve had. This was my journey. There’s so many times in my life I thought it would be it and it wasn’t and I didn’t understand why. But it’s led me to this moment. It’s led me to you. I’ve been praying for this moment for a long time. I’ve been praying for you. You supported me, you loved me, you challenged me, you moved me, and it’s made me love you so, so much. I am in complete love with you. I love you, Jed Wyatt.” From there, he proposed, and it seemed like a happy ending…at first.
It’s estimated that the center diamond of the ring weighs “approximately three carats,” according to Brilliant Earth. “Depending on the quality and specific characteristics of the diamond, we estimate the cost of the ring to be between $40,000 and $80,000.” 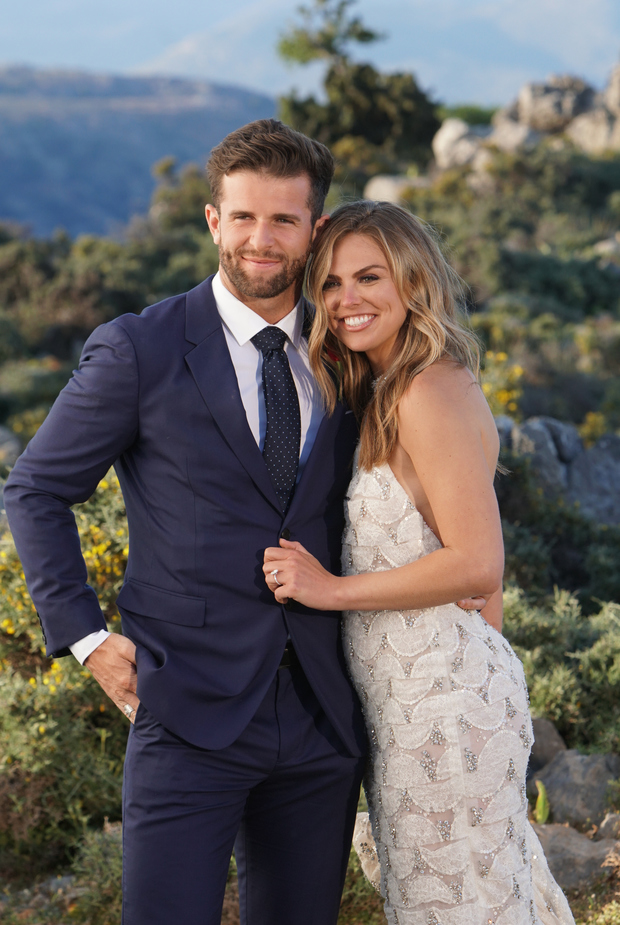 The proposal went down with plenty of time to go in the two-hour episode, which meant fans knew that there would be more drama to come. In the two months since filming ended and Jed proposed, he’s made major headlines after an ex accused him of being in a relationship with her until the day he left to film The Bachelorette. The ex, Haley Stevens, said that Jed told her he was only going on the show to further his music career. Haley claimed that Jed told her that they would be together when he wrapped up filming.

Once he returned home, though, Jed ghosted Haley, according to her story. Now, we clearly know that the reason for that is because he was actually engaged to Hannah! During Jed’s first one-on-one date with Hannah this season, he admitted to her that he initially did come on the show to further his career, but he promised her that he started genuinely falling for her once he got to know her.

Hannah and Jed have not been able to speak out about any of this, but they’ll finally get the chance during the live portion of The Bachelorette finale, which is how the episode will finish out.

Related: Logan Palmer: 5 Things To Know About ‘The Bachelorette’ Contestant