Who’s that hottie on Brielle Biermann’s arm? Weeks after her ex got engaged, Kim Zolciak’s daughter attended Jake Paul and Tana Mongeau’s wedding with a gorgeous, tall, hunk of a man.

All eyes were on Jake Paul and Tana Mongeau during their July 28 wedding. Yet, when onlookers were watching the YouTube stars tie the knot, they were probably staring at Brielle Biermann, 22, and her mystery date. The Don’t Be Tardy star attended the wedding with a tall hunk that wasn’t immediately identified. This mystery didn’t stop this couple from being two of the best-looking people at the reception. Brielle wore an off-the-shoulder white silk dress that clung to every inch of her body. Her date paired black pants with a blush blazer. Talk, handsome and a snazzy dresser? Looks like Brielle landed her a catch! (HollywoodLife has reached out for clarification and will update this post if/when we get it.)

Brielle’s mystery date comes less than a month after her ex-boyfriend, Chicago White Sox player Michael Kopech, got engaged to Riverdale’s Vanessa Morgan, according to PEOPLE. Brielle was with Michael for about two years, before calling it quits in March 2018. She was last romantically linked to on-again, off-again boyfriend, Slade Osborne. The two split back in 2015 but gave love another shot during the last season of Bravo’s Don’t Be Tardy. Obviously, that shot at love didn’t last. After all, it wasn’t Slade who was on Brielle’s arm when she arrived at the Graffiti Mansion to witness Jake and Tana’s nuptials.

Kim Zolciak’s daughter was last in the news not because of her love life, but because of some airline woes. Brielle and Kim, 41, vented their frustrations with Delta airlines on July 22 after, according to Brielle, “Tommy at gate 27 delta LAX just kicked my WHOLE FAMILY OFF the flight to ATL bc we were waiting on my dad [Kroy Biermann, 33] with our service dog to finish going thru security & [KJ Biermann Jr., 8] & [Kash, 8] started crying bc they thought we left him and [Kiara 2] was literally S—-ING AND HE KICKED US OFF!!!!! WTF.” She would later delete that Tweet and say that her family was finally allowed back on the plane. 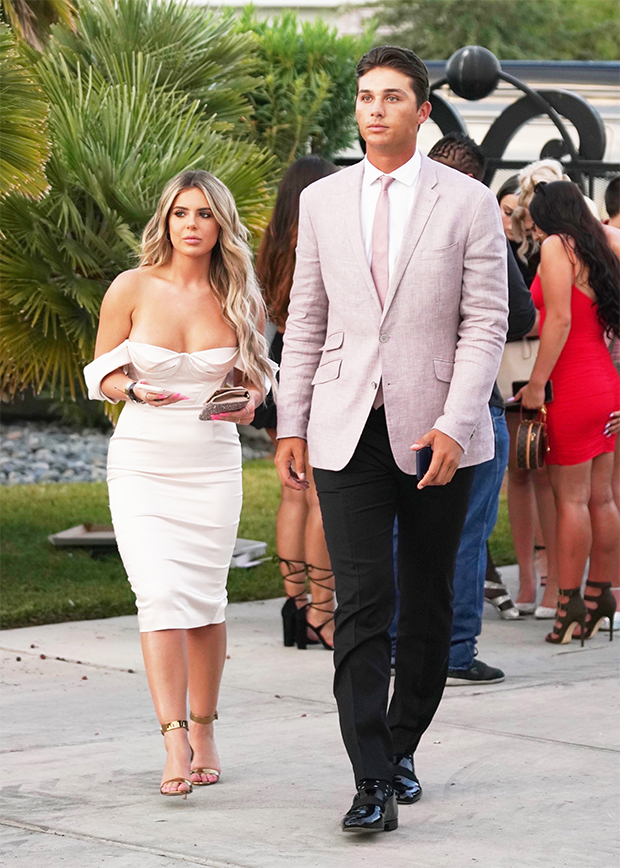 “Mrs. Zolciak Biermann and family elected to deplane their flight after her husband remained behind to provide proper paperwork for an emotional support animal,” the airline said in a statement. Kory, the airline noted, “arrived at the gate after the aircraft door was shut,” which was the source of the mess. It’s unclear whether or not Brielle flew Delta to Jana’s wedding. If she had that hunk as her traveling companion, she probably didn’t care which airline she was on.