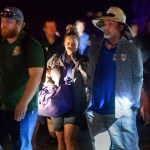 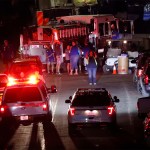 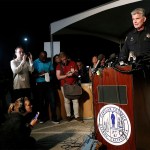 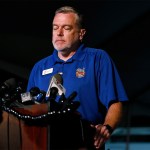 Three people were killed and more than a dozen were injured when a gunman opened fire on the Gilroy Garlic Festival in California. Now, police have identified Santino William Legan as the shooting suspect. Here’s what we know.

Chaos and tragedy struck Northern California on July 28 when a man opened fire at the Gilroy Garlic Festival in Gilroy, California. 15 people were injured and three people – including a 6-year-old boy —  were killed. At first, the name of the alleged shooter, who was killed by the police, was unknown but now, CBS News reports that the gunman has been identified by law enforcement as 19-year-old Santino William Legan. As the community mourns and authorities piece together what caused this young man to commit such an atrocity, here’s what we know so far. (Note, HollywoodLife has reached out to the Gilroy police department and will update this post when additional info is made available):

1. He reportedly identified as Iranian and Italian. Not much was known about the alleged shooter at first, but Heavy.com reportedly found an Instagram account attributed to Santino. It has since been deleted. Heavy.com claims to have obtained screenshots. The alleged account claims that Santino stated he was of Italian and Iranian descent.

2. The alleged shooter reportedly said he was “very angry.” Jack van Breen, the singer for the band Tin Man, was one of the witnesses of the shooting, according to the New York Post. He claims he saw a man in a green shirt and a grayish handkerchief around his neck, wield an “assault rifle” and open fire into a crowded area. The musician dove under the stage when the shooting began and claims he heard someone shout, “Why are you doing this?” The attacker reportedly replied by saying, “Because I’m very angry.”

3. He was killed within minutes after the shooting began. The Gilroy Garlic Festival attracts around 100,000 people to Gilroy, a city 80 miles southeast of San Francisco, over the three-day weekend. The shooting, which took place at 5:40 PM local time, twenty minutes before the festival was set to close, sent hundreds of panicked people scrambling for safety. However, the shooting was practically over as soon as it started. Gilroy Police Chief Scot Smithee told reporters that Gilroy officers engaged a suspect within a minute of shots ringing out and killed him, according to CBS News.

Warning: The below tweets contain potentially distressing footage. Watch at your own discretion.

A man and his family hid behind a shuttle van during the shooting at the Gilroy Garlic Festival until they were able to escape to safety. https://t.co/sXYym2POeo pic.twitter.com/Bzcq2yC3XI

4. He bypassed police checkpoints. Authorities said that the suspect used “some sort of tool” to cut a hole in a fence and sneak in to the event. This evidently is how he was able to avoid the metal detectors and checkpoints that were set up to prevent such a tragedy.

5. There may be a second suspect. “We believe based on witness statements that there was a second individual involved in some way, we just don’t know in what way,” Chief Scot Smithee said at the briefing, according to The New York Times. The authorities have yet to confirm this or to name a second suspect.