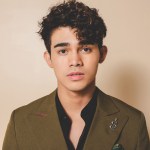 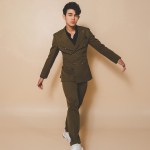 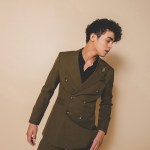 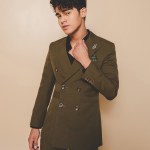 Pop singer Iñigo Pascual is proving to be unstoppable as he breaks onto the American music scene! We caught up with the star for an EXCLUSIVE interview on all his new tunes & more.

Filipino pop singer Iñigo Pascual, 21, is one to watch! The talented singer is the  latest to make the crossover from Asia to the U.S and he is poised to make major waves across the Atlantic. HollywoodLife caught up with the superstar to hear all about his new album, Options, and the epic tracks he packed into his highly-anticipated record.

Iñigo’s first single off the album, “Options,” is slated to be a standout, the singer admits. “”This is my first single off the album, so I really wanted to make it special; I wanted to have that song that catches attention. And I feel like this song has that summer anthem vibe that when you hear it you just want to dance to it with your friends. And I feel like the message of the song is just really sweet. It just talks about a guy that finds a girl that forgets about all his other options when he meets this girl. And I feel like we’ve all had that moment, like whenever we meet someone that we just feel like completely in love with at first sight. And I feel like it’s such a feel-good song,” he tells HollywoodLife.

He continues; “But we decided to go with Options, one – because it’s the first single off the album, but two – because I feel like the album is full of songs that caters to the heart and sometimes caters to the brain, its’ subject matters range from I’m in love with you, but I can’t be with you, or I am totally in love with you, and I’m forgetting about all these other things or I want to break up with you. All of these different things are options of how to think or how to feel, it is a mix of different emotions and all these different feelings that we go through,” he says.

Now, as he breaks into the U.S. music scene, he has his eyes set on stardom! “The opportunity was in the Philippines at the time when I moved out there. I was trying to make it out here, I was in a boy band, and things weren’t going the way I hoped it would. I’m still very thankful for all the experiences and all the stuff that I went through at that time but the timing wasn’t right. I feel like all of those challenges prepared me for what I’m going through at the moment.”

Of course,the multi-talented star, who has also acted in a number of films, including Crazy Beautiful You, isn’t turning his back on a film career. “I’m not closing my doors to doing acting,” he insists. “At the moment I feel like I want to prioritize making my name in the music scene, but I’m definitely willing to do cameos and more acting out here,” he tells us. For now, it’s all about the music for the singer and you can catch his latest single, “Options,” above!