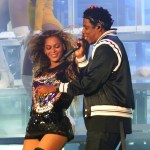 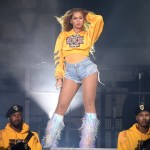 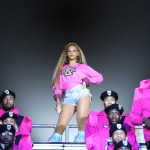 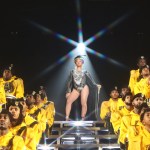 Beyoncé released a new look at the ’22 Days Nutrition’ program that she followed before hitting the Coachella stage. The superstar even confessed to feeling like her ‘body’ wasn’t hers, prior to the diet overhaul.

Beyoncé, 37, said she had a “long way to go” before launching into that infamous “no bread, no carbs, no sugar, no dairy, no meat, no fish, no alcohol” diet ahead of Coachella 2018. While Bey detailed her notoriously strict food plan in her Netflix documentary Homecoming, released on April 17, she followed that up with a new clip of her weigh-in on day one of Coachella rehearsals. “Good morning, it’s five a.m., and this is day one of rehearsals for Coachella,” the “Hold Up” singer began in a video titled Beyoncé – 22 Days Nutrition, uploaded on July 24. As she stepped onto the scale, she continued, “Every woman’s nightmare…this is my weight, 175. Long way to go. Let’s get it.”

The video revealed that Beyoncé followed the 22-day program for twice its length (44 days total), which was a “100 percent plant-based diet” spearheaded by exercise physiologist and Beyoncé’s friend/trainer, Marco Borges. Beyoncé revealed that after giving birth to twins Rumi and Sir Carter in June 2017 (just shy of a year before Coachella 2018), she “was a woman that felt like [her] body was not [hers].” Enter the 22 Days Nutrition program, as Marco sang its praises in the video: “Plant-based [diet] is really about eliminating all the overly processed foods that don’t do us any good anyways. When you’re eating plant based you’ll definitely have more energy, you’ll definitely sleep better, you’re definitely going to have improved complexion, your mood is going to change completely.”

Beyoncé had previously revealed she weighed 218 pounds right after the birth of her twins. It was an especially difficult pregnancy compared to the 2012 birth of Blue Ivy Carter, who’s now seven. “I had an extremely difficult pregnancy. I had high blood pressure. I developed toxemia, preeclampsia,” the megastar revealed in her Netflix documentary. “And in the womb, one of my babies’ hearts paused a few times so I had to get an emergency C-section.” It was an unexpected pregnancy for Beyoncé, which made her give up her set at Coachella 2017.

Beyoncé may have expanded her diet beyond plants since Coachella, but she still showed off an amazing figure in a high-cut gold gown at the London premiere for The Lion King on July 19. BRB while we fill our bowls with kale now.