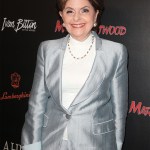 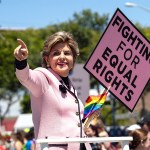 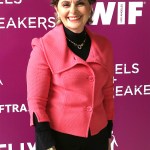 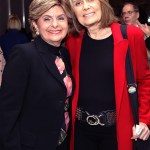 Gloria Allred is speaking out against the Republicans running for governor in Mississippi who have refused to meet alone with women. She tells HL exclusively that they should be boycotted.

Two Republican gubernatorial candidates in Mississippi, former state Supreme Court chief justice Bill Waller Jr. and Senator Robert Foster, have refused to be alone with female reporters on the campaign trail, claiming that they fear being falsely accused of sexual misconduct. Waller’s reasoning is that it’s “just common sense” and that “appearances are important.” HollywoodLife spoke with famed women’s rights attorney Gloria Allred about the politicians’ baffling statements, and she told us EXCLUSIVELY what she believes their actions mean. “Well, first of all, it’s insulting to women,” Allred told us, while at the Marie Westwood Magazine launch party on July 7.

“It’s insulting because it suggests that every woman is going to accuse him of sexual assault, even if he didn’t do it, which is really a slam against women who are true victims,” she said. “If they’re going to meet alone with men, men could sexually assault them too, or not.””I think they should be ashamed of themselves for saying such a thing. There may be people who will make their decision about whether they should ever re-elect these gentlemen based on what [they’re] saying about women and never being alone with them. I will say this — I’d never want to be alone with a man who is that fearful of women.”

Allred, who has represented one of the women who accused President Donald Trump of sexual assault, as well as the victims of convicted sexual offender Bill Cosby, criticized Foster for refusing to do a 15-hour ride-long with female Mississippi Today reporter Larrison Campbell, unless she brought along a male co-worker. Foster said the “optics” of being alone with a women were an issue, and cited the “Billy Graham Rule.” He is referring to the practice set forth by the late Evangelist pastor, which Vice President Mike Pence — never be alone with a woman who isn’t your wife. Campbell and her employer objected to this, calling it “sexist.”

Foster, meanwhile doubled down with an interview on CNN: “Now, in the #MeToo movement era, people could come back at me five, 10, 15 years later and accuse me of assaulting them, and I have no witness there to protect me from that accusation,” Foster said. “And so, I have to protect myself in both my professional and personal career.” Allred said that this is unacceptable, and offered a suggestion.

“Well, generally the people who would want to meet with [them] are reporters, so they’re interfering with a reporter’s ability to do her job,” she explained. “I take that very seriously. I think that male reporters should boycott these two elected officials, or persons who made these allegations, in support of the women reporters. Elected officials love to be interviewed, so let them find there’s a boycott; then, it’ll start meaning something to them.”