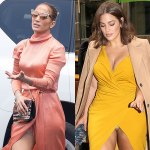 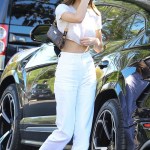 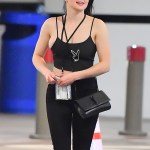 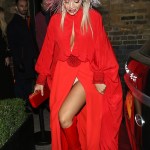 Have you ever been so mad, you accidentally ripped off your dress? Camille Grammer did just that as she stormed off the ‘RHOBH’ reunion, right after accusing Andy Cohen and her co-stars of creating ‘a setup.’

Camille Grammer, 50, couldn’t even wait until reaching the dressing room to tear off her mic — and her dress along with it — during the Season 9 reunion of The Real Housewives of Beverly Hills. Before Camille gave Bravo viewers a sneak peek at her underwear [AS YOU CAN WATCH HERE], she felt especially cornered by her co-stars as part two of the reunion reached an emotional climax on July 23. For a brief recap, Camille claimed that she only invited the cast to her Hawaii wedding in Oct. 2018 because of “production,” called Dorit Kemsley the “phoniest person” she’s ever met, and accused her co-stars of wanting her to jump on the Lisa Vanderpump “hate train.” While the ladies defended themselves, Denise Richards, 48, wanted to know why Camille was so ticked off.

“Camille, what’s wrong with you? Honest to god, you need to go take a second because this is not good,” Denise told Camille. Andy Cohen then referenced Camille’s gossipy lunch with Denise from earlier in the season, as he asked Denise, “When you were sitting there at lunch with Camille and she was trash talking everyone, what was going through your mind?” Denise began to say she was “really uncomfortable” during her one-on-one lunch with Camille, but she couldn’t finish that thought.

“This is truly a setup,” Camille said, repeating, “This is truly a setup. I’m done.” And with that, Camille left the couch and attempted to yank off her mic, an effort that undid her dress’s zipper as well. The wardrobe malfunction didn’t faze Camille as she proceeded to march through the cameras backstage, dress falling, to the bewilderment of everyone. While Andy wanted to know what exactly was “the setup,” Denise calmly remarked, “She’s f***ing nuts.”

Camille provided viewers with her own commentary during her diva moment — you know, since the dress came off instead of the mic. “[Denise] did say that she cursed at her kids…she did say that…I’m not going through that bulls**t” with them,” Camille muttered, after Denise denied that she revealed to Camille that she supposedly curses at her daughters Sam, 15, Lola Rose, 14, and Eloise Joni, 8. Finally, Camille reached the dressing room where a production member saved the wardrobe malfunction from escalating even further. “Take this off. I’m leaving. Nasty b**ches,” Camille said, and that’s a wrap on part two of the reunion!