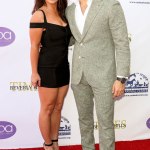 Is Britney Spears about to hit the wedding chapel one more time? While attending the ‘Once Upon a Time in Hollywood’ premiere with boyfriend Sam Asghari, the pop princess rocked a diamond on THAT finger.

Oops, did Britney Spears done it again? The 37-year-old pop star made a rare red carpet appearance on July 22, attending the Los Angeles premiere of Quentin Tarantino’s new movie, Once Upon a Time in Hollywood. While Britney’s longtime boyfriend, Sam Asghari, 25, was by her side, onlookers were more impressed by Britney’s other “plus one” – the ring she was wearing on her left hand! The “Scream & Shout’ singer wore a diamond ring on that finger which asks the question: are these two engaged? HollywoodLife has reached out to Britney’s camp for clarification on the bling and will update this post with any new information when it is made available.

Britney and Sam’s appearance at the OUATIH premiere was a pleasant surprise. Britney looked terrific in her red mini dress by Nookie, her chunky black heels, and a sparkly choker. Sam looked pretty swank himself in his crème colored suit and skinny black tie. The two even gave onlookers a show, as they leaned in for a passionate kiss!

If these two are engaged, it might be a fairy tale ending for their storybook romance. Britney and Sam have been an item ever since they met on her “Slumber Party” music video. Sam slipped her his number, which she almost immediately forgot. “I found his number in my bag. I was like, ‘He is really cute. This guy is really cute,’ she recounted in a January 2017 radio interview, per Us Weekly. “So then I called him, and ever since then, he is just a really fun, funny person.” The two have been inseparable ever since and Sam has really stepped up during Britney’s recent issues. 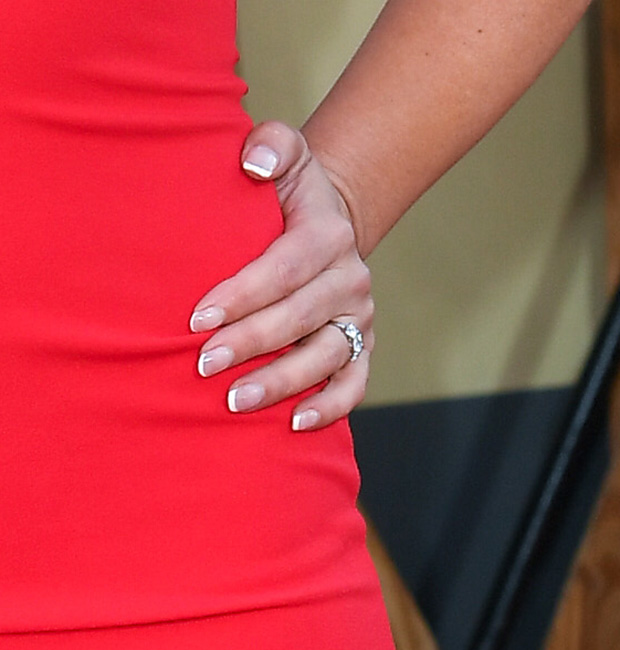 Britney checked into a mental health facility in April, seeking help in dealing with the stress of her father’s health crisis. During this time, Sam was “there for her, wiping away the tears and helping her cope,” a source told HollywoodLife EXCLUSIVELY. “He’s incredibly devoted. Britney doesn’t know how she’d get through everything life is throwing at her without him.”

Britney has been married twice in the past. She first wed childhood friend Jason Alexander (not the Seinfeld star) in 2004. Their marriage lasted 55 hours before they had it annulled. Later that year, she wed Kevin Federline, and that relationship lasted a little bit longer than the first. The two finalized their divorce three years later, citing irreconcilable differences.