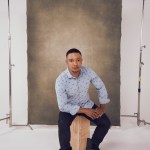 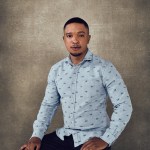 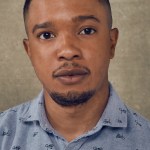 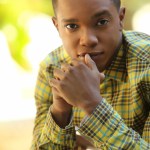 Benjamin Charles Watson joined the cast of ‘Designated Survivor’ in season 3 and had one of the most important storylines. HL spoke EXCLUSIVELY with Benjamin about what the character of Dontae means to him and more.

Designated Survivor returned in June 2019 with some new cast members, including Benjamin Charles Watson as Dontae Evans, who becomes a digital officer in the West Wing. Getting immersed in the world of Designated Survivor was a seamless experience for Benjamin. “Being immersed has been really incredible,” Benjamin told HollywoodLife. “Because it’s weird, we shoot in Toronto, but our entire set is the White House, and when you go inside the set, it’s all American flags. You feel the power of America that I’ve told so many people about, like the second you step into America, you have this immense power, a feeling of being in America. So getting off the set, immersing myself into that facility was absolutely incredible and fascinating and surprisingly very easy. And working with the rest of the cast, they brought me in and they helped me a lot. Just being a part of that new family and them taking me in has been incredible. Immersing myself has been a phenomenal, easy, and great experience.”

Episode 5 was a pivotal episode for Dontae and the show as a whole. Dontae revealed his HIV positive status to his partner, Troy. Benjamin opened up about preparing for that scene and addressing the stigma surrounding HIV. “I didn’t know my character was HIV positive until I actually physically got the script, and then it literally blew my mind because I’ve never dealt with a character that one, is HIV positive, and who is absolutely, totally OK with his status and with who he is as a person,” Benjamin continued.

Benjamin said that he did extensive research about HIV when preparing to film the scene. “It was a lot of educating myself to get, honestly, away from the stigma that I see in the world. And then bring that into Dontae and knowing that Dontae’s lived with this for a very long time, and he still is the person he’s always been. This doesn’t run his life. That’s just a part of who he is. So understanding that, and jumping in, and getting through the stigma of Ben was such a whirlwind… I hope I did everyone justice and service by serving that through the character.”

The role of Dontae was a life-changing role for Benjamin. He opened up about how Dontae has inspired him going forward. “Dontae has made me into a better person,” Benjamin said. “In the sense that he knows who he is as a person. He is gay, HIV positive, but that’s only part of who he is. That’s not all of who he is. He’s a strong-minded individual who wears suits and ties, and I do not wear suits and ties. I’ve seen the show, and I’m like, who is that guy? Because that guy is not me! I see a very strong and powerful man in the black, gay individual who’s standing on his feet. That guy has made me into this fearless, strong guy who’s standing and knows what he wants out of life. That is literally the most powerful thing I will take from playing Dontae and being on that show.”