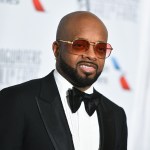 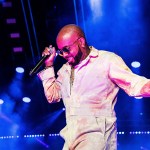 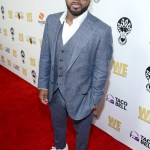 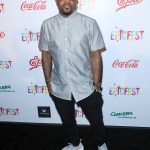 After dissing modern female rappers & claiming they sound like ‘strippers rapping,’ Jermaine Dupri is sticking by his words. Despite facing backlash, Jermaine defended his comments in an EXCLUSIVE interview with HL.

Jermaine Dupri, 46, isn’t backpedaling on his shade-filled comments about modern female rappers. After the R&B singer claimed that current music sounds a lot like “strippers rapping,” he faced major backlash from a number of stars. Now — he’s taking the time to explain himself. “I didn’t know that I said anything like that to trigger this much conversation, but I feel that the calls that I am getting and people that are talking to me about different things, I wasn’t getting that [before] so I feel like I did something you know,” he tells HL in an EXCLUSIVE interview at the So So Def Records and We TV screening of the Power, Influence & Hip Hop documentary. “When you make a move that makes it feel like it moves the ground like this thing did, it’s not going to be accepted by everybody. There’s going to be a lot of conflict and a lot of back and forth…but I feel like something amazing is going to come out of this,” he explains on the red carpet at the July 16 event.

It was on July 11 that Jermaine stirred up a major controversy in the music industry after he seemingly shaded some of the top female rappers of today. In an interview with People, he took aim at Cardi B, 25, as well as Nicki Minaj, 36, and up and comer Megan Thee Stallion, 24, when asked how he felt about them. “I can’t really say,” he started, before getting a little too honest. “I feel they’re all rapping about the same thing. I don’t think they’re showing us who’s the best rapper. For me, it’s like strippers rapping and as far as rap goes I’m not getting who’s the best,” he responded.

After catching wind of Jermaine’s remarks, Cardi proceeded to put the musician on blast. The “Press” rapper took to Instagram with a lengthy video slamming the singer and those who agree with his viewpoint. “Okay guys I have seen a lot of people saying nowadays female rappers only talk about their p***y and sh*t now that Jermaine Dupri brought it up I’m going to say something about it,” she began in the clip. “First of all, I rap about my p***y because she’s my best friend and second of all it’s because it seems like that’s what people want to hear,” Cardi passionately explained. “I don’t give a f**k so let me tell you something: When I did ‘Be Careful’ people was talking mad sh*t in the beginning like ‘What the f**k is this?’” she said in another part of the video clip.  Newcomer Ari Lennox, 28, also took aim at Jermaine, crafting her own diss track about the singer.

Jermaine was joined at the Los Angeles premiere event by his father Michael Mauldin, mother Tina Mauldin, daughter Shaniah Mauldin, and celebrity friends including Usher, Bow Wow, Da Brat, Larenz Tate, Mona Scott-Young, and many more. The Grammy-winning singer also used our interview to share some advice for those just breaking into the industry. When asked to give tips to rising rappers he said; “just study and I can say you won’t last this long in the music industry without hits, it’s impossible and that is the one thing, I do know that!” He added; “If you want to go long and have a long career, make some hits.”

The Power, Influence & Hip Hop documentary is now available to watch on We TV and follows the rise of So So Def Records, which was founded by Jermaine himself. The singer admits fans will learn a lot about his career over the year by watching the flick. “The creative part of it because that is the part of it of why I did the rap game and why I have been doing these TV shows and show the people the creative part but a lot of times you don’t see it. Even in this you don’t get the real gist of the actual working, but you’ll get a better idea of the creative process,” he explains.