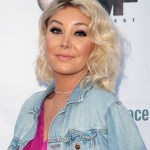 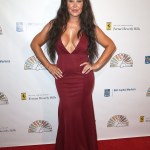 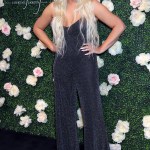 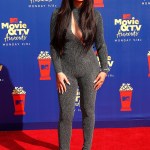 Lisa Vanderpump is not offended that Billie Lee ‘never signed a contract’ to film another season of ‘Vanderpump Rules,’ because she was just ‘in Billie’s shoes.’

Lisa Vanderpump, 58, can empathize with Billie Lee, 35. As we reported on July 17, Billie “never signed a contract” with Vanderpump Rules, a source close to Billie and co-star Tom Sandoval, 36, EXCLUSIVELY told HollywoodLife. Although it’s LVP’s show, the owner of SUR Restaurant can see why Billie held off on officially signing onto the show again. “Lisa supports whatever Billie wants to do as far as being on the show or not,” another source, who’s close to Lisa, EXCLUSIVELY tells us now. “She truly understands what it’s like to be in Billie’s shoes as she just went through it herself on Housewives.”
Like Billie, Lisa quit a Bravo show (The Real Housewives of Beverly Hills) over issues with her co-stars. LVP announced that she had “no inclination to reunite with the women who’ve been harassing [her] for 10 months now” in a June 4 interview with DailyMailTV, which also served as LVP’s official announcement that she was quitting! While Lisa didn’t even want to see her co-stars for the Season 9 reunion, Billie found a few allies at SUR Restaurant.
“Billie has found support in [Tom] Sandoval whom she’s grown very close with, as well as James [Kennedy],” our source from today continues. “James will miss her since she’s such an ally for him, but he gets it. They all just want Billie to be happy and agree it is probably what’s best for her.” It didn’t sound like Billie was very happy on Vanderpump Rules according to our source from yesterday, who noted that “the drama” from the show “was truly messing with her mental well being.”
But one other issue especially pushed Billie to throw in the towel. “Production asked Billie to partake in a storyline that she is adamant isn’t true — that she and Sandoval hooked up, which will be spoken about and [is] a big story line on this season of Vanderpump Rules,” our source claimed! Despite these issues, Billie has already filmed a few scenes for Season 8, although she’s not officially connected to the show at the moment. That means she’s also not obligated by a contract to wear a mic in specific scenes.
As you recall throughout Billie’s two-season run on Vanderpump Rules, she had trouble fitting in with the ladies on the cast and even tweeted in July 2018, “When yo coworkers don’t include the only trans girl in GIRLS night at your own job! On the night you work!  #rudeAF #TransIsBeautiful.” Billie’s fear of being excluded from the Vanderpump Rules clique led to spats with co-stars like Kate Maloney and Lala Kent, who believed Billie was insinuating they were “transphobic” (Billie has repeatedly denied ever using that word).