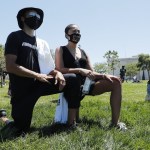 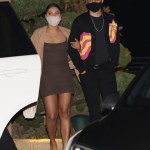 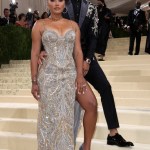 Steph Curry is not letting his wife, Ayesha, be laughed at alone. In addition to serving an excellent clapback to Ayesha’s trolls, the NBA star declared they’ll happily keep ‘Milly Rocking.’

If you knew why Ayesha Curry was dancing, you wouldn’t be laughing so much. The 30-year-old entrepreneur’s husband, Steph Curry, 31, had the best comeback for trolls who dissed his wife’s “Milly Rock” challenge dance moves on July 17! “Slow news day today I see, huh? Just make sure y’all send me the video of you dancing at your own restaurant opening,” the Golden State Warriors point guard said in a video on his Instagram Story. We must add that this is Ayesha’s fourth restaurant opening, as she continues to expand her International Smoke restaurant empire. But Steph didn’t finish filming there!

The NBA star added that he and Ayesha are going to “keep Milly Rocking,” and proceeded to whip out his hands and sway, just like Ayesha! Despite the public show of support, the restaurateur looked quite embarrassed, as any wife would be as her beau busted a move in the car.

Steph wasn’t the only one who had Ayesha’s back, as other fans fought off the trolls under Hot 97’s tweet of the dancing clip. “Why!!! Can’t this woman just be happy, thankful and great full she has her husband who loves her so much, he always has her back …her beautiful children why isn’t that enough! She constantly is looking for attention on social media and acceptance from the public,” one such hater wrote, to which a fan smartly replied, “You. Are. Jealous. She IS enjoying her fabulous life. That should be obvious.” Louder for the people in the back of Ayesha’s Twitter mentions, please!

Away from the social media noise, Ayesha and Steph happily go about their own business. They had a sweet family day with their two daughters Riley, 6, and Ryan, 4, to see Disney’s live-action film of The Lion King at the Dolby Theatre in Los Angeles on July 10. Ayesha and Steph also welcomed a son, Canon, in 2018!