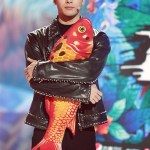 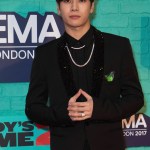 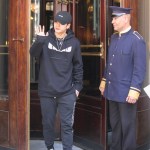 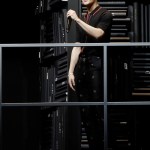 K-Pop star Jackson Wang was the latest celeb to do the Bottle Cap Challenge in a video he tweeted on July 16, and it was definitely tricky and impressive!

K-Pop fans swooned everywhere when Jackson Wang aka Jackson, 25, took to Twitter on July 16 to share his version of the popular Bottle Cap Challenge, which included him completely shirtless! The hunky singer wore nothing but black spandex pants in the clip, which showed him at a gym, and after a first failed attempt to knock the cap off a bottle that was placed on a table with his foot, he took a deep breath while lifting his hand and shaking it as if he had magic powers before the cap flew off. He then walked away while slinging a towel over his shoulder like a boss.

It didn’t take long for many of Jackson’s followers to comment on his eye-catching video and from what they wrote, it seems like they loved it! “I FEEL THE POWER KING,” one follower commented. “someone cast him in a supernatural drama right now,” another wrote. “You look good Jackson Wang,” a third expressed.

Jackson’s attempt at the challenge was impressive and hilarious, but he’s not the only good looking star to take part in the wild internet craze. Kendall Jenner, 23, did one of the coolest videos of the challenge while knocking the cap off a bottle while riding a jet ski. Hailey Baldwin, 22, who challenged Kendall, also took on the challenge on a moving ATV and it was equally as amazing.

It was great to see Jackson having fun with his Bottle Cap Challenge video. There’s nothing quite like an attractive guy with a sense of humor!