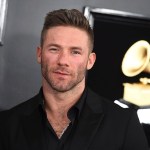 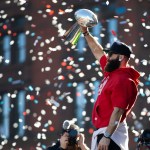 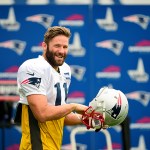 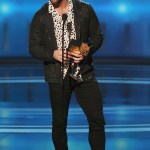 For Julian Edelman, winning three Super Bowls is a breeze when compared to raising a 2-year-old girl. The NFL star reveals how becoming a father changed his ‘priorities’ and totally transformed his love life.

Julian Edelman’s world completely changed in 2016 when the New England Patriots wide receiver became a father for the first time. Julian, 33, and Swedish model Ella Rose, 31, who he was casually dating at the time, welcomed a daughter, Lily. With her birth came a giant reality check for the NFL Super Bowl champion. “Fatherhood is such a huge challenge,” Julian says in the new issue of Haute Living, “especially with [Ella’s] profession and my profession being able to give my daughter the time and energy that she desires and that she needs.”

“There’s a fine line. You have your craft, and you’re working towards being the best you can possibly be, something that you’ve been working towards your whole life since you were 8 years old, and then all of a sudden, your priorities change. You’re not living for yourself anymore, you’re living for your little girl now. That’s how my parents lived for me, so that’s all I really know,” said Julian.

Despite these challenges – fatherhood, playing for the biggest NFL team in history – Julian isn’t backing down. There’s adversity everyone overcomes in football with injuries and in life,” he said, noting how he tore his ACL during a 2017 pre-season game. “There are always setbacks, but I truly believe what doesn’t kill you makes you stronger, and when you get down to the nuts and bolts, when you go through something and you beat it, there’s no other feeling like it.”

Julian, who has won three Super Bowls with the Patriots, knows the power of teamwork. So, is he looking for a romantic partner to help him with the challenge of raising his daughter? “I’m dating here and there. It’s a little different now that I have a little girl. When I go out and meet a fine young lady, I don’t get to just think about me. I’ve got to think about [Lily], so that one’s tricky. But I am dating and [she 100 percent needs to be stepmom material]. If she doesn’t mess with Lil, then she can’t mess with me.”

While this seems like an intimidating “audition process,” there are likely many candidates who would happily become the new Mrs. Julian Edelman. One such person might be Adriana Lima, 37. The Brazilian model casually dated Julian from 2016 to 2017, and an accessories choice sparked speculation that they were back together. While heading to the gym in Miami in February, Adriana wore a necklace bearing the Patriots’ logo, per Daily Mail. This outing came after she split from Metin Hara, 37, after a year-and-a-half of dating.