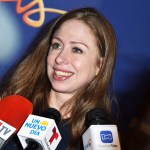 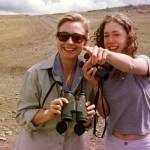 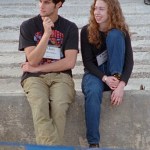 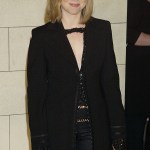 The former first daughter looked prettier than ever as she showed off her growing baby bump while out with a friend in New York City on July 12.

Chelsea Clinton, 39, looked pretty while enjoying a relaxing outing in New York City on July 12. The mom-of-two is due to expect her third child with husband Marc Mezvinsky, 41. The pregnant mom showed off her baby bump in a chic black frock that hit just above the knee. The daughter of former U.S. President Bill Clinton and former U.S. Secretary of State Hillary Clinton was all smiles as she made her way through the Big Apple. She wore her hair golden blonde tresses down stick straight and swept to one side to highlight her stunning features.

Chelsea accessorized her loose-fitting number with a pair of conservative nude flats, which was quite the departure from her beloved nude pumps that have likely become too uncomfortable for her in the final weeks of her pregnancy.

Chelsea and Marc wed in 2010 and are already parents to Charlotte, 4, and Aidan, 2. She announced her third pregnancy in a tweet on Jan. 22, telling her followers, “Marc and I have loved watching Charlotte be such a wonderful big sister and we’re excited to watch Aidan become a big brother! We cannot wait to meet our newest addition later this summer.”

Fans were thrilled for the proud mom and happily responded with congratulatory messages. “So very happy for you! Following you on Twitter has made me see you separate from being the ‘daughter’. You, yourself are gifted with a quick wit, humor, common sense and use it so effectively to diffuse hatred. May you have a healthy baby and a joyful 2019,” one person tweeted.

We reported earlier that the former first daughter revealed the little tricks that her oldest child plays to push back her bedtime during a GMA interview on April 3. “We read every night to our little ones and thankfully they love books,” she said. “It’s also our daughter’s favorite strategy to push bedtime back. She knows it’s very hard to say no to one more book, just one more book.”