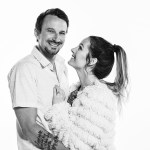 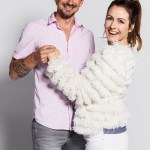 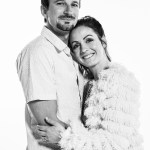 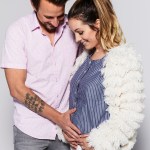 Carly Waddell and Evan Bass are one of the few ‘Bachelor’ success stories. They shared with HollywoodLife how they have made their relationship work.

While Carly Waddell, 33, and Evan Bass, 36, didn’t initially hit it off spectacularly on Bachelor in Paradise, the pair got married in 2017, and had a daughter in Feb. 2018, named Isabella “Bella” Evelyn. The couple EXCLUSIVELY spoke with HollywoodLife about their relationship journey. “It’s an interesting process that you go through because you get engaged on TV and it’s really cool that everyone is cheering for you and being like, ‘Oh my gosh it’s amazing,’ so you sort of ride that high and then you’re like, ‘Okay we have to do real life and work through things,’ and you know mixed families are really hard for anyone, and so that’s just something you have to work through,” Evan said. He has three sons – Ensley, Nathan, and Liam – from a previous relationship.

“We’ve done a lot of work like therapy’s been amazing, we’ve had some really great tools to work through just about anything,” Evan continued. “I don’t think it’s been anything different than what anyone else goes through, except that we have people that cheer for us on Instagram.”

Carly addressed how she was at first not so into Evan. “This is not an uncommon story because there are so many women who have said ‘I did not like my husband in that way at first and then he grew on me and now we’ve been married for blah blah blah years,'” Carly said. “This is not an uncommon story, so when I look back I’m not cringe-y and like, ‘Oh yeah I’m like other people,’ you don’t see other people go through that crisis, up and down, feeling emotions all around, running. Yeah you don’t see that like you do on The Bachelor.”

“I look back and I feel bad with some of the things that I said, but also I have this problem where I try to be funny and sometimes I go too far, but yeah I don’t feel like it’s that… it was an uncommon story for The Bachelor but it’s not an uncommon story for life,” Carly concluded. We can’t wait for what’s next from these two, and we wish them the best in their relationship and growing family!