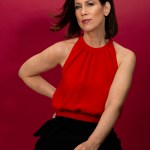 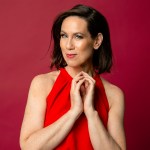 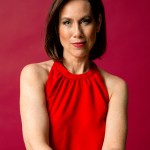 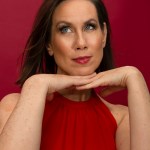 Miriam Shor is stepping behind the camera again and directing the July 10 episode of ‘Younger.’ She spoke EXCLUSIVELY with HL about connecting with Kelsey’s storyline during the process and what’s to come.

Miriam Shor, who plays the iconic Diana Trout, directs the July 10 episode of Younger. She made her directorial debut back in season 5. Even though this was her second time directing an episode, she found herself more nervous this time around. “I knew I was going to get to do another episode, which was really, really so great and weirdly more nerve-wracking,” Miriam told HollywoodLife EXCLUSIVELY. “Because the first time around, there’s just this idea that this is my first time doing it and everyone was on board. I figured if I made a mistake, it was a rookie mistake. The second time you sort of feel like you have to know your sh*t. You already had the one that they were going to let pass, so now I’ve really got to know what the f*ck I’m doing. I guess I wanted to prove to everybody, but also especially to myself, that I really could do it.”

The fourth episode of season 6 will focus on Hilary Duff’s character, Kelsey, and Miriam said she connected with the storyline. “Kelsey is really trying to grapple with the stress of being a boss and of not wanting to fail. And it was really beautifully interweaving with my stress about wanting to be good at what I do, the stresses I was facing, too, so I really felt deeply for her.” She also added, “But then Nico has a beautiful storyline about being a father and Maggie has a really great, hilarious secret during her dinner party that she throws. That was really fun to shoot. I knew that was going to be the scene that was going to be oddly the most challenging. It’s just around the dinner table but you need to make that active. She’s got a secret and Charles has a secret and they’re very different secrets, and there’s a lot of humor that comes out of that. I just wanted to do it justice.”

Season 6 is well underway and Miriam teased that episode 8 is one of her favorite episodes. “A lot goes down in that episode for my character.  A lot goes down for all of our characters,” Miriam said. There’s also more to come with Diana and Enzo. “Chris Tardio, who plays Enzo, and I feel like we have great chemistry, and I feel like we’re perfect foils for each other,” Miriam continued. “And there’s a lot of humor to mine in that, and there’s a lot of pathos to mine in that, and I feel like the writers do a great job of it. It’s not a smooth road. There are some bumps in the road like real life. They take it and run with it. It’s a fantastic season for Diana Trout, my favorite season.”

In addition to Younger, Miriam has two movies coming up — Lost Girls and Magic Hour. Lost Girls, a Netflix film directed by Liz Garbus, follows a mother searching for her daughter in Long Island who makes a shocking discovery in the woods where the murdered bodies of four girls have been dumped. Miriam plays the mother of one of the girls. “It was a wonderful project because of all the incredible people in it. I got to play a very, very different type of woman,” Miriam said. “I’m not interested in just playing the same thing over and over again. I mean, the gift of having played Diana for 6 seasons is such a rarity. To get to explore a character for that long, that is not something you get to do as an actor. So I’m so grateful for that. But I also do want to play other things. I have different things that I want to explore, which is why I’m an actor, you know?”

Her other film, Magic Hour, is an independent film about a woman who becomes a director later in life. Her role in the film is a “totally different character” than who she’s played before. “[Her character is a] very insecure woman who is discovering this part of herself that she’d been afraid of for so long, so it’s fun to get to play that, too,” Miriam said.