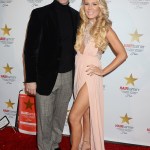 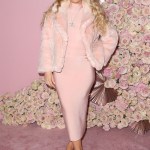 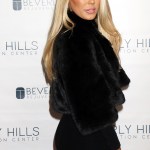 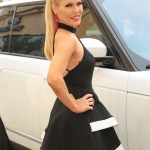 This is so exciting! After struggling to conceive, Gretchen Rossi just became a mom! We’ve got all the details on her and Slade Smiley’s baby news.

The moment is finally here! Gretchen Rossi, 40, and her fiance Slade Smiley, 45, are now proud parents of their first child together — a daughter named Skylar! While Slade already has two children from his past marriage, this is Gretchen’s very first. The little one arrived on July 10, via C-Section, according to a statement her rep gave to PEOPLE. “Skylar is born and mama and baby are doing well,” her rep said. And as exciting as baby news always is, it’s a little extra sweet this time around considering all that the couple went through to conceive. From a vasectomy reversal surgery on Slade’s part to IVF on Gretchen’s, which resulted in 14 lost embryos at once, they’ve been on quite the journey to parenthood. But now the Real Housewives of Orange County star and her S.O. have made it, and we couldn’t be happier for them!

The couple announced that they had a little one on the way back in December with an interview on The Doctors. On top of revealing their July 2019 due date, Gretchen and Slade also opened up about how “freaked out” they were to finally have made it to that point — and the ways they wanted to use their story for good. “Although this has been one of the most arduous processes we have ever had to go through, it’s also been one of the most rewarding ones,” the mom-to-be told Hollywoodlife.com EXCLUSIVELY. “Knowing that by sharing our journey and story over the last four years has helped so many people get through their own struggles with infertility has made it all worth it! Too many people suffer in silence and we are so happy to be a part of changing that dialogue.”

How amazing is that? Even before their baby arrived, the couple was confident in their little one’s arrival. They even set up three stockings on Christmas to honor their baby-to-be!

And now the precious bundle of joy is here! We can’t say congrats enough to Gretchen and Slade and wish them all the best in these early days with their cutie.