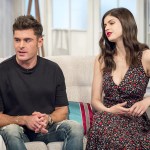 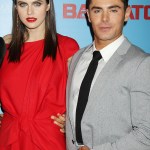 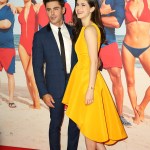 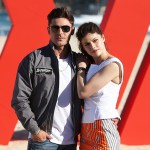 Zac Efron hit the gym with his ‘Baywatch’ co-star Alexandra Daddario & worked up a sweat during the latest installment of his ‘Gym Time’ weekly show.

Alexandra Daddario is the latest celeb to be featured in Zac Efron’s workout show! The former Baywatch co-stars showed off their fit physiques and even shared some workout tips with fans during a new clip that dropped on July 9. While these two are just friends these days, fans loved seeing the pair, who were previously romantically linked, hit the gym together!

“My Baywatch co-star Alexandra Daddario joins me today for a killer core workout,” Zac said when posting the video. “We couldn’t help but to reminisce about our carb-less days preparing for Baywatch while we did a combo of untraditional core movements. I may or may have not lost to her in a sit up competition… Stay tuned to see who gets punished!” he joked. Zac DID put his pal through a pretty grueling workout, but Alexandra didn’t seem to mind!

Be sure to watch the two actors reunite for a workout, above! Needless to say — fans were thrilled to see the pair kicking it once again. “I shipppp Zac and Alex even tho they may be just friends❤️❤️💗💗,” one fan commented below the YouTube video. “GOD FINALLY! I’VE BEEN WAITING FOR THIS VIDEO FOR MONTHS. love you both. i missed you,” another wrote.  “OMG I am SHIPPING this couple since the movie they had together 😍,” yet another viewer said.

Throughout the course of 2018, we saw Zac and Alexandra partake in numerous public outings and tons of adorable photos together, so of course, fans shipped them together! The pair played love interests in Baywatch but even after filming wrapped they would kick it together often. Between sweet social media posts and long walks with their dogs, they had fans entirely convinced they were an item.

Gym Time is a weekly show where Zac “trains with athletes, celebrities, and interesting people alike to get a sense of who they are and what their goals are.”