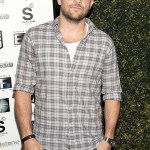 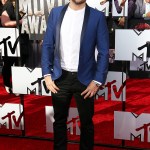 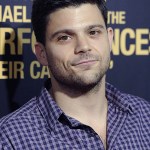 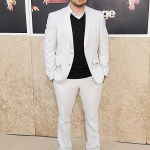 It’s survival mode on this coming season of Starz’s ‘Power’, premiering August 25. Jerry Ferrara (Proctor) tells HollywoodLife that ‘the stakes are high’ for everyone in the 6th and final season!

It’s hard to imagine things getting any darker in the world of Starz’s Power, seeing as — (SPOILERS AHEAD) — season five ended with Angela (Lela Loren) getting shot, the feds trailing Ghost (Omari Hardwick) and Tommy’s (Joseph Sikora) friendship with Ghost seemingly hitting its breaking point since Tommy is the one who shot Angela… right in front of Ghost. See, it’s a lot to handle.

But, fans of the show will know that in the world of Power, anything is possible. And, Jerry Ferrara, (aka Joe Proctor) tells HollywoodLife that the show’s sixth and final season — premiering August 25 — is a battle of survival between everyone. Yes, everyone. “When I say like ‘the stakes are high,’ that’s not just like a fun little answer because I don’t know what to say. The characters’ lives are on the line — their freedom, finances, everything. It’s really all going down for all of them,” Jerry, who represented American Express (more info below) during the 119th U.S. Open Golf at Pebble Beach in California, told us during an exclusive interview.

In the final season of Power, Jerry says fans will see the characters get into situations that are much more darker than in past seasons. “You’ve got these characters’ kind of desperate to survive and people are capable of anything.” When asked how he would describe season six, Jerry uses the words “crazy” and “insane”. He explains: “It’s going to be crazy, it’s going to be a rollercoaster. It’s going to have everything —  it’s going to do all the things ‘Power’ does and then some. All I will say is, with this show, anything really is possible.”

Courtney Kemp, the show’s executive producer and creator, has revealed in past interviews that she knew the show would end after six seasons — something Jerry says he believes is a great thing in order to give fans the best (or darkest) ending. “Well, in a way, anytime a series is ending, it’s kind of bittersweet because you’re happy to have had six seasons of a show is like truly unbelievable. That does not happen all the time,” he says, explaining, “But, I think we have the luxury of knowing it was going to end after the sixth season. So, going into the sixth year, we’re actually taking the approach of giving the fans as much as we can.”

And, Jerry isn’t wrong. The final season of Power will include 15 episodes, as opposed to its regular run of eight. “I think it’s really going to end in a strong way,” the Entourage alum admits. “I think the fans are going to be happy with the ending although ‘Power’ is not necessarily going for a happy ending.” Jerry adds, “The unique thing is, and how you know Courtney has done a great job in creating a world where these characters are loved by the viewers is one thing happens to one character, and it sets off this domino effect where it affects every character.” 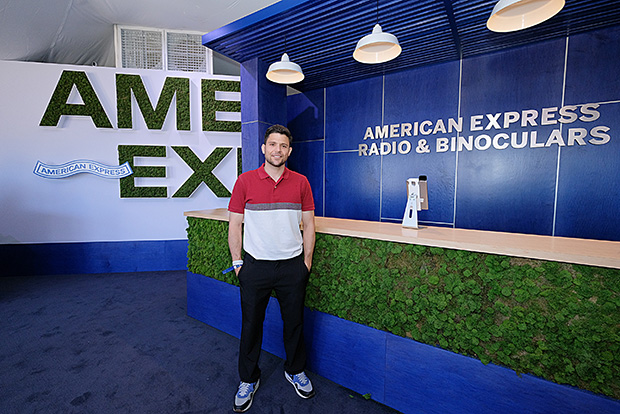 As fans await the premiere of Power‘s final season, they don’t have to wait to learn about Jerry’s ambassadorship with American Express. He took his love for the brand and of course, golf to the 119th U.S. Open just ahead of Father’s Day. P.S. Jerry is a new dad!

“Amex obviously, American Express knows how to do it,” Jerry, who’s been working as an ambassador with them since the NBA All-Star Game in February, says. He goes onto explain that American Express card members had the opportunity to experience the 119th U.S. Open just like him from the card member’s club. “It’s really cool… It really is a unique way to watch an amazing professional sports event. And, it’s not some experience that’s totally unreachable to anyone. I’m an Amex card member and you can achieve the same thing,” he explains.

Crushing it at the #USOpen Putting Experience, got a chance to play thanks to the @AmericanExpress priority lane. Should I go pro…? #AmexLife #AmexAmbassador 📷 @artofoto pic.twitter.com/daxt4WCUMm

“Going to the Open with Amex has been an unbelievable experience,” the actor says, noting that this was his second year attending the event with Amex. “When I got the invite again to go with Amex for a second straight year, when my wife asked me what I kind of wanted for Father’s Day, I said, ‘I want to be able to go to the US Open with American Express,’ It worked in my favor because she saw what an amazing experience it was last year.”