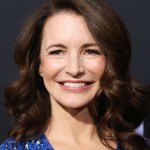 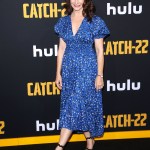 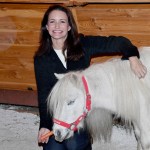 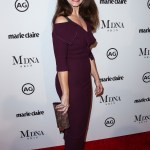 Kristin Davis is revealing the heartbreak she’s suffered watching racism by others towards her two adopted children, who are African-American. It even happened at her young daughter’s playground.

Former Sex and the City star Kristin Davis appeared on Jada Pinkett Smith‘s Red Table Talk to discuss her experience and journey as the adoptive mother to two young African-American children. In the Facebook Watch episode entitled “Should White People Adopt Black Kids?” she opened up about the “hot button” topic and took on white privilege and how she’s been devastated over racism by others towards her children Gemma, 7, and a son she adopted in 2018.

“Because my children are African-American, I feel like it is my duty and my job to do as much research, as much work, build as many bridges as possible, because you are their community, and that is key, and that is so important,” Kristen explained to Jada and her mom Adrienne Banfield-Jones. She took on the topic of white privilege and explained that “This is what I want to say, from a white person adopting [black children]: You absolutely do not fully understand. There’s no doubt. There’s no way you could.” She added “it’s one thing to be watching [racism] happening to other people and it’s another thing when it’s your child. And you haven’t personally been through it. It’s a big issue. It’s something I think about every day and every night.”

The 54-year-old revealed through tears how she was “horrified” when Gemma was a baby and people told her “Won’t she be a great basketball player” when she grew up. She then recalled a story of how a girl at Gemma’s mostly white school would hold a swing for a white friend across the playground while Gemma had already been patiently waiting for her turn.

Kristin took her feelings about Gemma’s exclusion to school officials and got nowhere. They brushed her off by telling her, “Well, you don’t know what those other girls are thinking.” Then they told her, “We just see them all the same. We don’t see color.” Kristen told Jada and Adrienne, “It was a very harsh moment of understanding. I don’t know how every person of color has gotten through this. I don’t understand how you could take this every day.”

As for the experience, “It lit a fire under me where I couldn’t be relaxed or casual [about racism],” Kristin explained. “But I will never be black, no matter how hard I try. … That is the truth, and we have to accept it. And therefore I will never be able to say to Gemma, ‘I understand how you feel because this happened to me.'”