Jenelle Evans was absolutely heartbroken when husband David Eason shot and killed her dog Nugget. She’s now revealing that she almost left him and that they were on bad terms for a while.

Jenelle Evans made it very clear that she was completely devastated when husband David Eason shot and killed her beloved French bulldog Nugget on April 30 after it allegedly nipped at their daughter Ensley, 2. Now she’s admitting that she was so angry with him that she nearly left him In an Instagram fan Q&A on July 8, a fan asked her “Was it a hard decision to stay with David after the dog incident. She was surprisingly candid and replied, “Honestly yes, we were on bad terms for almost a week. Didn’t talk much. He knows how upset it made me.”

The day after David killed Nugget, Jenelle took to Instagram to grieve. Next to a photo of her holding the pup she wrote, “Nugget I’m crying everyday. I love you so much and I’m so sorry. I’m speechless. You were my side kick and knew the moment I felt bad and would cuddle with me. You still had a lot to learn and a lot to grow from your lessons. Every day I wake up you’re not here, when I come home you’re not here, when I go to bed…you’re not here. You’re gone forever and there’s no coming back.” David admitted to the act and was completely unapologetic about it.

In his own post about Nugget he wrote, “I don’t give a damn what animal bites my baby on the face. Whether it be your dog or mine, a dog is a dog and I dont put up with that s—t at all. I’m all about protecting my family, it is my life’s mission. Some people are worth killing or dying for and my family means that much to me…You can hate me all you want but this isn’t the first time the dog bit Ensley aggressively. The only person that can judge weather or not a animal is a danger to MY CHILD is ME.” 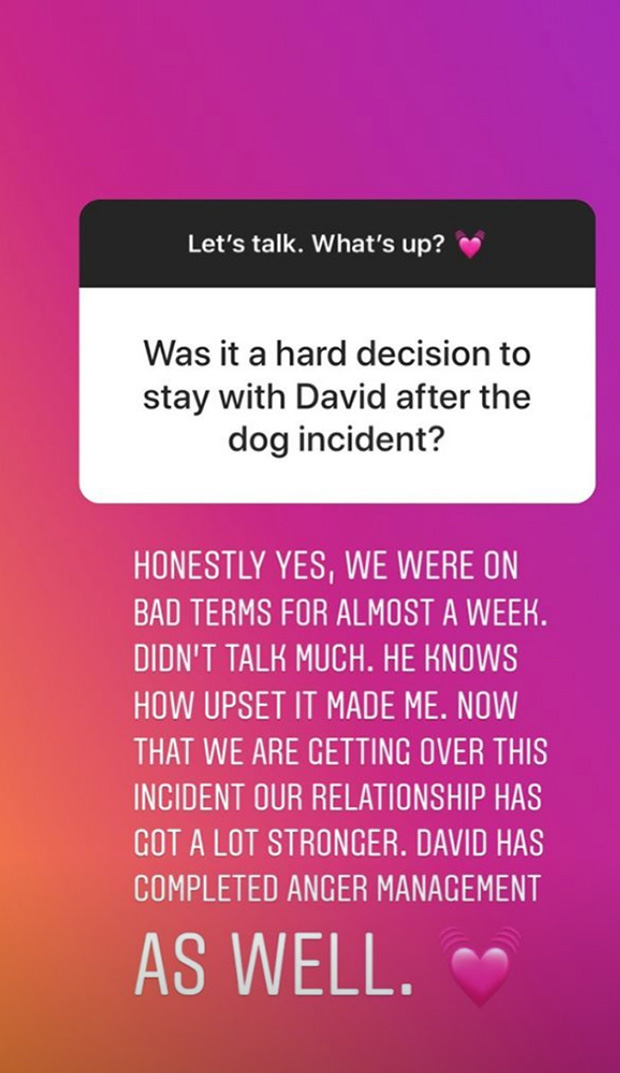 Things have improved between Jenelle and David, as she continued “Now that we are getting over this incident, our relationship has got a lot stronger,” adding “David has completed anger management as well.” The dog killing resulted in an animal cruelty investigation which in turn resulted in Child Protective Services looking into whether their home was safe for Ensley and Jenelle’s son Kaiser, 5. They lost custody of the kids in May during the investigation but a judge on July 3 ordered they be returned to David and Jenelle.