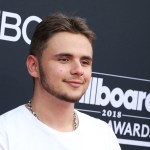 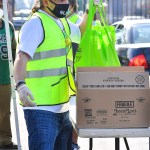 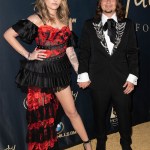 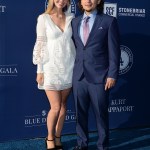 It was a very happy July 4th for Prince Jackson, as he got to spend the holiday with his girlfriend, Molly Schirmang — and he shared the sweetest new photos with her on Instagram!

Prince Jackson, 22, and his college sweetheart, Molly Schirmang, are going strong! The pair spent Independence Day together, and Prince took to Instagram to show off photos of their celebration. In one pic, they’re posing with their arms around each other, as a gorgeous rainbow is swept across the sky in the background. The second picture shows Molly hopped up on Prince’s back for a piggyback ride, as the rainbow glistens in the background once again. It certainly wasn’t bad scenery for their celebration of America’s birthday!

“Happy freedom day y’all hope you guys spent it with loved ones,” Prince captioned his photos on Instagram. It’s been more than two years since Prince and Molly started dating, after meeting at Loyola Marymount University, where they both graduated from earlier this year. Prince was extremely private about his relationship with the beautiful blonde at first, and didn’t even reveal he was dating anyone until he was with Molly for a full year. He confirmed the romance by posting a one-year anniversary message to his lady in March 2018.

Since then, the two have been a bit more public with their love, and even made their official debut as a couple by attending a red carpet event together in June — Price brought Molly as his date to the LA Dodgers Foundation Blue Diamond Gala. They took pictures together on the red carpet and looked SO in love.

Of course, these two are still so young, and as HollywoodLife previously reported EXCLUSIVELY, they’re not rushing into anything when it comes to the next stages of their relationship. However, they are very serious about one another and “believe strongly” that they will get married “one day,” according to our source.