Getting married can certainly work up an appetite, right? Right before their big wedding day, Zoe Kravitz, 30, and Karl Glusman, 31, held a rehearsal dinner on June 28 at Restaurant Lapérouse in Paris. Zoe was absolutely stunning in an all-white outfit as a mesh coverup draped over her bustier top and high-waist shorts. When you’re the daughter of Lenny Kravitz, 55, and Lisa Bonet, 51, you got to bring a little extra “edge” to your wedding fashion. Speaking of which, both of Zoe’s parents attended the dinner, as did Lisa’s husband, Jason Momoa, according to PEOPLE. Zoe’s stepsister, 11-year-old Lola, also attended, and that’s just the start of this star-studded guest list.

Joining Zoe, Karl, Lenny, Lisa, Jason and Lola for this meal were, according to PEOPLE: Cara Delevingne; Chris Pine and his girlfriend Annabelle Wallis; Marisa Tomei; Denzel Washington and his wife Pauletta; and Zoe’s Big Little Lies costars Laura Dern, Reese Witherspoon, and Shailene Woodley. It appears that all the celebrities that weren’t attending Joe Jonas and Sophie Turner’s wedding in Provence were there with Zoe and Karl in Paris. The Lapérouse seems to be a destination for many celebrities when they’re in Paris, as George and Amal Clooney stopped in the historic two-story townhouse during a romantic weekend in 2017.

Zoe and Karl’s wedding will take place during the June 29-30 weekend. This wedding may be purely ceremonial because Us Weekly reported that Zoe and Karl followed in Joe and Sophie’s footsteps again by getting married ahead of their wedding. Despite allegedly being “legally married,” the couple still wanted to hold a “traditional ceremony.” If this seems slightly unconventional, that’s just how Zoe and Karl seem to roll. 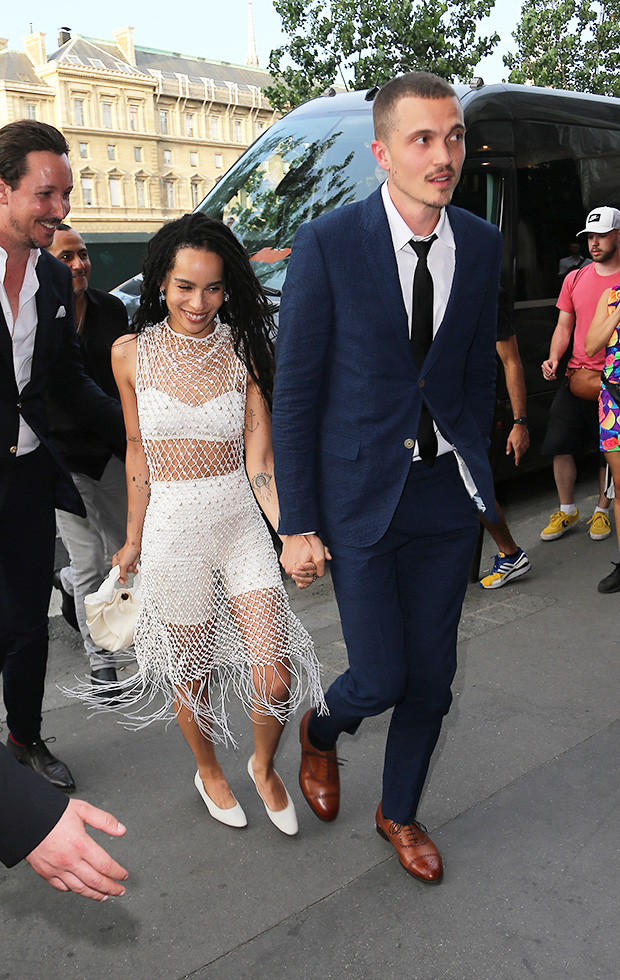 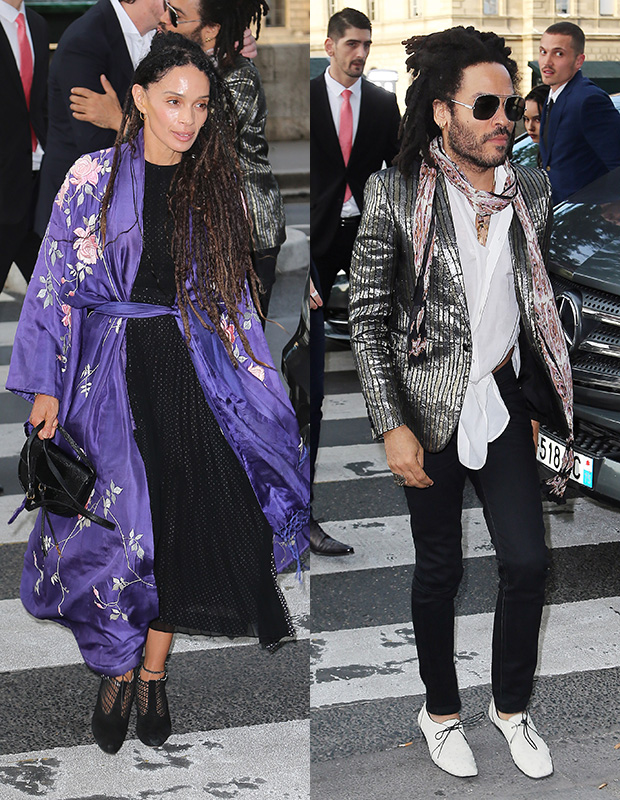 “I was in sweatpants,” Zoe told Rolling Stone in October 2018 when recalling how Karl proposed. He initially wanted to do it in France, where they are about to get married, but work interfered. Karl lit a few candles and put on Nina Simone, Zoe’s favorite musician. He then laid down and started hugging her. “I think I was a little drunk. I could feel his heart beating so fast — I was like, ‘Baby, are you OK?’ I was actually worried about him!”

He then got down to one knee (” ‘Yes, stretch! Stretch to calm your heart down!’ ” she said) and pulled out the ring. “He nailed it,” Zoe said. “And I love that it wasn’t this elaborate plan in Paris. It was at home, in sweatpants.”