BTS just dropped their 3rd track off the ‘BTS WORLD’ soundtrack and it might just be their sexiest song yet. ‘All Night’ features sultry vocals from RM and Suga, along with rapper, Juice WRLD and fans are loving it!

BTS treated fans to the third track off their “BTS WORLD” video game soundtrack and fans are here for the sexy lyrics! The group’s members, RM, 24, and Suga, 26, teamed up with Juice WRLD, 20, for the new track titled, “All Night” — a smooth song with R&B flavor and hip hop vibes. RM also produced the track, which features beats from Powers Pleasant.

“BTS WORLD” is a story-based mobile simulation game that transports players back to the beginning of the group’s stardom. Players will have the chance to go after the role of BTS’ manager, with the ultimate goal of helping navigate BTS to become music sensations. The game is set for release on June 25 (or 26, depending on the time zone). The full “BTS WORLD” soundtrack is set for release on June 28.

“All Night” follows the prior releases of two other tracks, which will be featured on the game’s soundtrack. The first was BTS’ “Dream Glow” with Charli XCX. The second was a collaboration with Swedish singer, Zara Larsson titled, “A Brand New Day”.  — Listen to “All Night”, below! 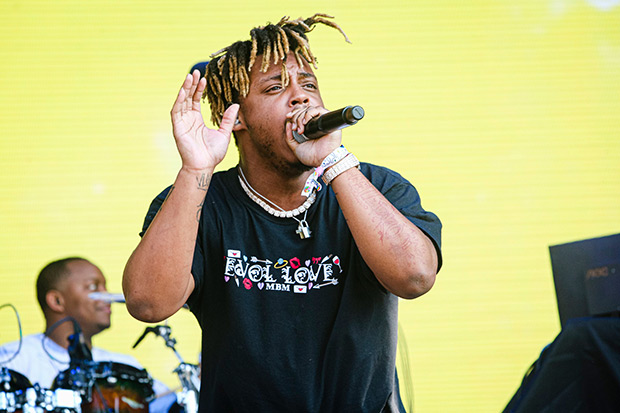 After the release of “All Night”, the BTS Army took to Twitter with their full analysis of the new track. And, the reviews are stellar! “‘Dream Glow’, ‘A Brand New Day, ‘All Night’… three whole masterpieces for a f–kin mobile APP SOUNDTRACK. Literally so much hype omg. This is exactly why no one does it like BTS y’all. no one. nobody,” one proud fan tweeted.

One clever fan pointed out that BTS’ three new songs cater to fans throughout entire day. “Wait so BTS rly made songs that u can listen to once u wake up (‘A Brand New Day’) in the middle of the day (‘Dream Glow’) and at night (‘All Night’),” the fan tweeted. Talk about a great realization! — That’s one of the many reasons why the BTS Army is so great!