Kourtney Kardashian and Scott Disick are enjoying a family vacation in Costa Rica with their kids! The friendly exes are joined by Kim Kardashian and her daughter North. But, Scott’s GF, Sofia Richie, who usually tags along, is nowhere in sight.

Scott Disick, 36, and Kourtney Kardashian, 40, continue to prove they’re the most amicable of exes. The Keeping Up With The Kardashians stars are soaking up the sun in Costa Rica with their kids, sons Mason Disick, 9, and Reign, 4, and daughter, Penelope, 6. Kim Kardashian, 38, and daughter North West, 6, were also seen in photos from a family beach day on June 20.

One person who is noticeably absent on the group getaway is Scott’s girlfriend, Sofia Richie, 20, who usually joins the famous family on trips. Kourtney has even admitted that she enjoys vacationing with her ex’s girlfriend. — So, is there trouble in paradise?

While that’s unclear, our guess would be, no. Sofia’s father, Lionel Richie celebrates his 70th birthday today, June 20, which clearly conflicts with the Costa Rican vacation. It’s possible the model hung back this time to celebrate with her dad. 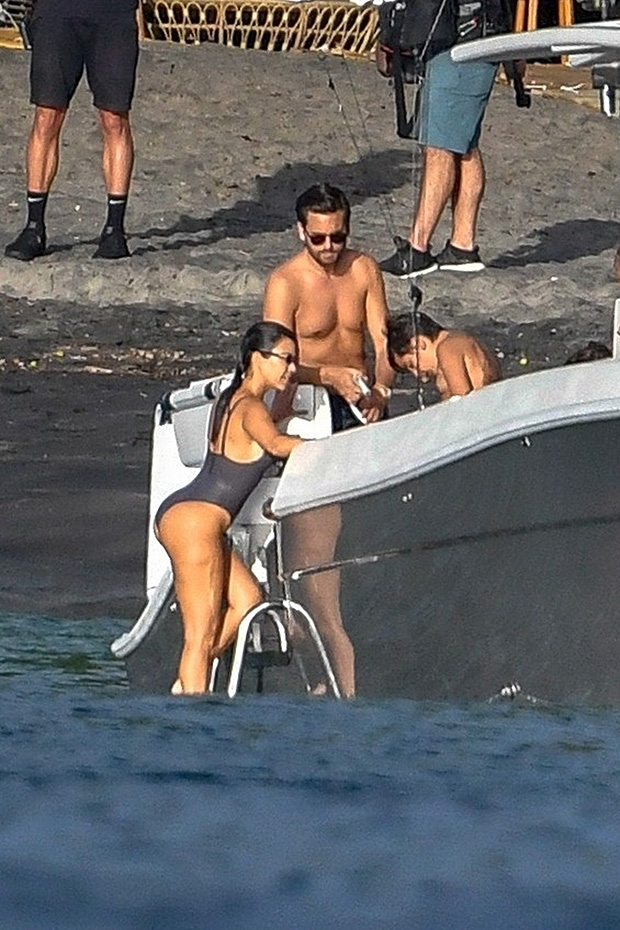 Kourtney and Scott were photographed with their kids in numerous shots from a day on the beach. In the above photo, it appears as though the KUWTK film crew is with the family. They were seen helping their eldest son, Mason onto a boat.

The Poosh founder was snapped looking summertime fine in a plunging grey one-piece. Meanwhile, Scott rocked tinted shades while he went shirtless in the water. The kids appeared to be having a ton of fun as Mason is seen looking like a natural captain of the family’s boat.

As for Kim, the KKW Beauty founder took to Instagram, where she revealed on her stories that she brought her personal trainer, Melissa with her to Costa Rica. Kim shared a video of the fitness instructor trying out her new Body Makeup product, which drops on June 21. It’s unclear when the family arrived in Costa Rica for their June vacation, but we’re looking forward to seeing more snaps from the trip.